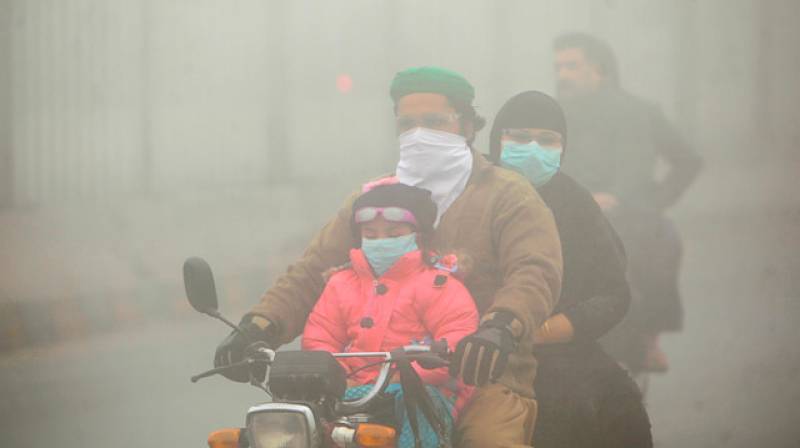 LAHORE - The Punjab education department decided to keep all public and private schools in Lahore, Gujranwala and Faisalabad closed on Friday (Nov 22) due to poor air quality.

According to a notification issued by the provincial government, the schools will remain closed due to "dense smog" in the three districts. 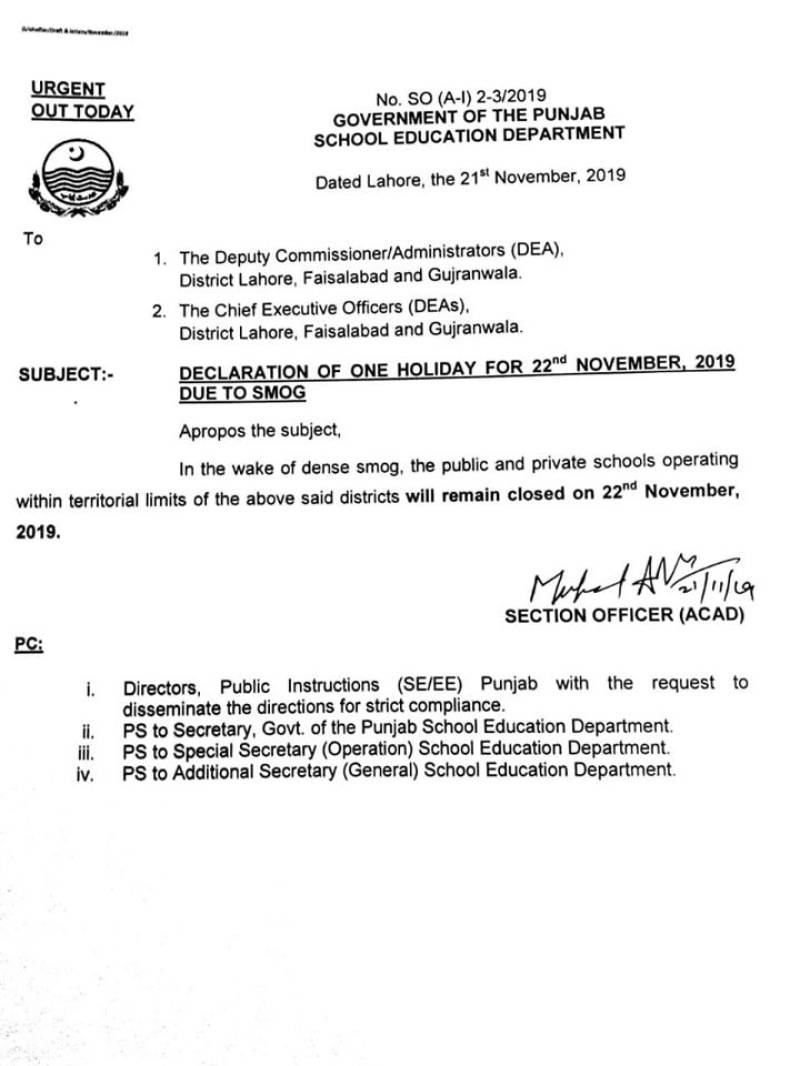 On Wednesday, polluted air in the shape of smog hit the provincial metropolis once again, forcing residents to cut down their outdoor activities and stay indoors as much as possible.

The city’s Air Quality Index was recorded below 170 while in some areas it was recorded as high as 350 in the morning, which later reduced around noon.

A spokesman of WWF-Pakistan, a non-governmental organisation working to conserve the environment, while talking to APP said that environmental issues in Punjab were not only affecting routine life but also causing respiratory diseases among residents.  He said that around 1000 bricks baked in coal-fired kilns pollute at least an area of two kilometres with toxic smoke.

However, he added that by using zig-zag technology this pollution could be reduced up to 40 per cent.

According to the Environment Protection Department (EPD), besides awareness campaigns steps were being taken to overcome smog and EPD teams raided and sealed brick-kilns operating with outdated technology causing environmental pollution.

Multiple factors such as smoke from brick kilns, burning of stubs of crops, smoke emitting vehicles, factory emissions etc. are some of the main factors that have given impetus to smog currently.