These Coke Studio’s songs removed from YouTube over copyrights claim 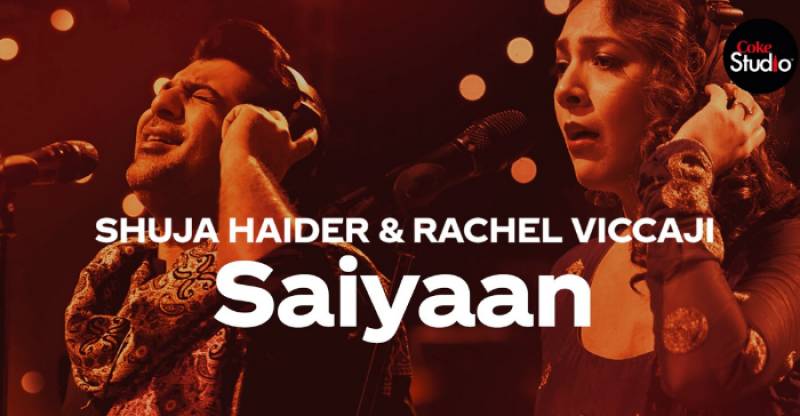 LAHORE - Coke Studio 2019 has been facing the fire, with two songs being removed due to the copyrights issues. After the issue with “Saaiyan“, you’d have thought they’d work things out on other tracks with similar complications.

And now, Coke Studio Season 12 is facing another copyright controversy. As Sanam Marvi’s first song for the season “Hairaan Hua” has been taken down by YouTube days after it’s release.

With poetry composed by Sachal Sarmast, Sanam Marvi graces #CokeStudio12 in Hairaan Hua, a celebration of the Ultimate Beauty of the Divine, and the love and wonder it inspires in His devotees. https://t.co/msyTYPEdNw

Earlier, Abrar ul Haq’s remake of his iconic “Billo” has also been removed over a ‘copyright claim by Karman Entertainment Limited‘. Since Abrar-ul-Haq is the creator of the original “Billo” this copyright claim might be contestable.

#CokeStudio12’s rendition of Billo takes us down memory lane as Abrar Ul Haq takes the stage in a whirlwind of rap and bhangra, reimagining the song's quirk filled craze in full Punjabi zest. @AbrarUlHaqPK https://t.co/awzBlUt6iJ

Social media users, Coke Studio fans are very disturbed by these recent issues and are asking the management for loopholes in copyright issues, let's have a look at some of Twiteratti's reactions:

some serious management issues this season. Songs are taken off, sometimes added on fb only, and today there's no sign of BTS yet!

first Mahi diyan gallan was copyrighted then Saiyaan then Billo & Now best of whole season Hairaan hua got removed.
So much disappointment from coke studio this time.
Atleast buy the da*n rights ffs.🙏#CokeStudio12

Sorry I was wrong, Rohail hyatt couldn’t do it either. Coke studio is beyond saving.

He needs to stop plying ALL THE DAMN INSTRUMENTS at the same time.

Coke Studio's Billo has been deleted because of a copyright infringement. Apparently Abrat doesn't own it lol!

Previously, Shuja Haider and Rachel Viccaji’s Saiyyan was not released on Youtube due to copyright infringement. It was revealed that EMI Pakistan had the rights of the Noor Jehan classic and they stopped the song from being aired. However, the matter got resolved and the song was released.