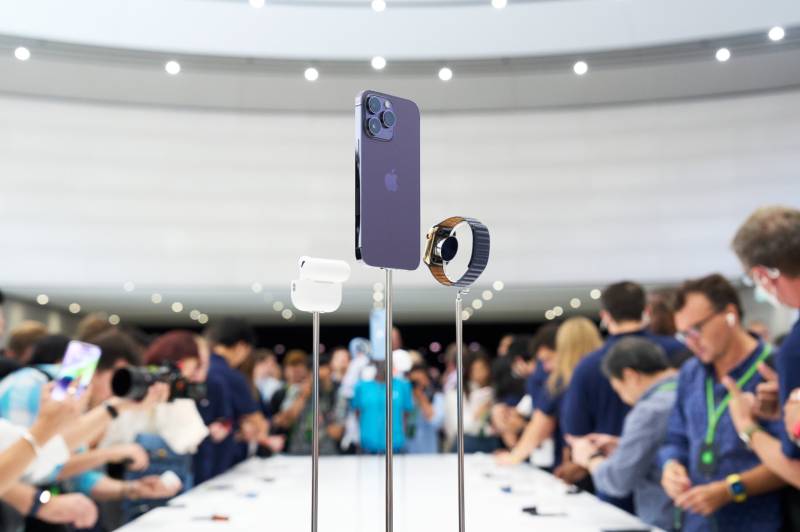 CALIFORNIA – Apple has recently launched the iPhone 14 and 14 Pro models, but now technology rumour mills are in overdrive about the upcoming iPhone 15 series.

Apple has not shared any details about the series but various portals have started sharing rumoured features and prices of iPhone 15 and iPhone 15 ‘Ultra’.

People who say the iPhone 14 series is too expensive they might think wrong as the rumoured price of the upcoming series will shock them.

According to industry insiders, the price of iPhone 15 Ultra, which is expected to be revealed in September 2023, could be range up to Rs1 million.

The iPhone 15 models reportedly will look similar to the iPhone 14 models, but the latter would have no notch.

Apple is considering an option to replace the Lightning port on the iPhone 15 devices with a USB-C port, The move is reportedly aims at complying with European regulations that are in the process of being approved.

The iPhone 15 models could be the first to feature an A-series chip built on Apple supplier TSMC's next-generation 3-nanometer node.