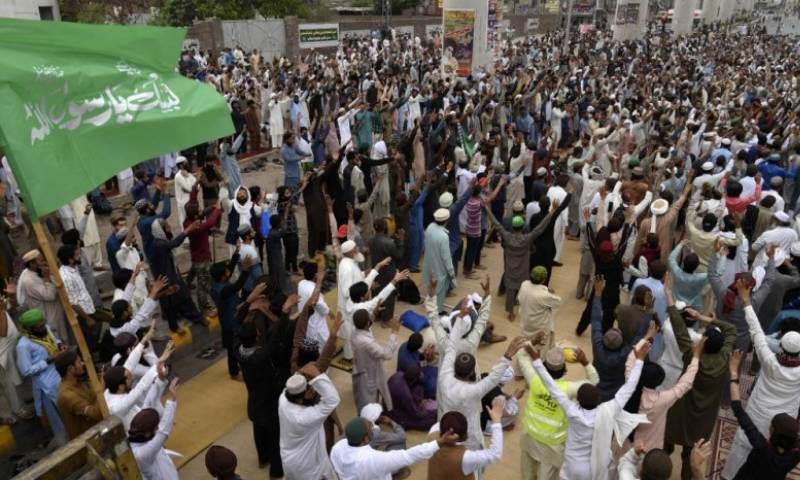 The banned Tehreek-i-Labbaik Pakistan (TLP) announced on Thursday it would start a "long march" towards Islamabad on Friday.

The announcement came after days of protests on Lahore's streets by members of the religious group.

According to a statement issued by the TLP media cell, "The peaceful Namoos-i-Risalat march of the Tehreek-i-Labbaik Pakistan towards Islamabad will start after Friday prayers" from the TLP headquarters. The group has a "plan B" in case its members are stopped from marching on the capital, says the statement.

Hundreds of TLP workers have been participating in a sit-in in Lahore aimed at pressurising the Punjab government to release the group's chief, Hafiz Saad Hussain Rizvi, son of the group's late founder Khadim Rizvi. The younger Rizvi has been in detention since April 12 under the “maintenance of public order".

In a statement issued before announcement of the long march, the TLP executive council said that group's members had been staging a "peaceful protest" on the streets for the last 15 days, but their demand for enforcement of an old agreement between them and the government was not met.

LAHORE – Law enforcement agencies have been put on high alert in Punjab capital, fearing mobilisation of ...