China taken on board over Saudi Arabia's inclusion in CPEC, says info minister 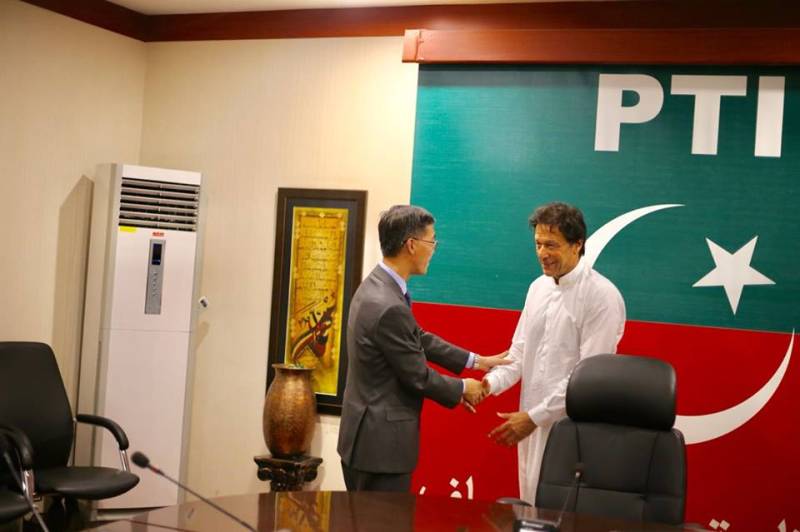 ISLAMABAD- Information and Broadcasting Minister, Fawad Chaudhry said on Friday that China has been taken into confidence over the inclusion of Saudi Arabia in the multi-billion Dollars China-Pakistan Economic Corridor (CPEC).

In a brief message on Twitter, Chaudhry confirmed that the expansion of CPEC was in the interest of China and Pakistan.

“Pakistan will be a centre of economic activity of this region, era of darkness is over,” the minister further said.

Yes China has been taken into confidence, expansion of CPEC is in China and Pakistan interest. Pak ll be a centre of economic activity of this region, era of darkness is over. https://t.co/m8AvLIuAEJ

The information minister's tweet came in response to Pakistan Muslim League-Nawaz leader and former interior minister, Ahsan Iqbal’s query about whether the Chinese have been taken on board over the expansion of CPEC projects.

“Has China been taken into confidence? CPEC is a bilateral project in which induction of any other country has to have concurrence of both sides,” Iqbal wondered.

A day earlier, the Information Minister had announced that the government had extended an invitation to Saudi Arabia to become the third partner in the CPEC plan.

'Saudi Arabia would become an economic and strategic partner in CPEC,' Ch had confirmed.

The expansion came as premier Imran Khan visited the petro-state on a two-day tour, with economic agenda in focus.