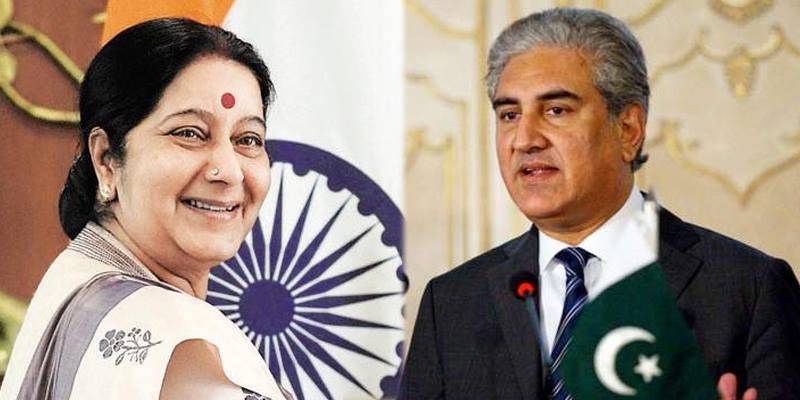 NEW DELHI - A day after agreeing to a planned meeting with the foreign minister of Pakistan, Shah Mehmood Qureshi, India has retreated from the offer, saying any conversation with Pakistan in such an environment would be meaningless.

The Ministry of External Affairs (MEA) spokesperson Raveesh Kumar on Friday confirmed that India has called off talks with Pakistan which were scheduled to be held in next week on the sidelines of United Nations General Assembly session.

He said there will be no meeting between the two foreign ministers in New York.

#WATCH: MEA spokesperson Raveesh Kumar says, "It's obvious that behind Pakistan's proposal for talks to make a fresh beginning, evil agenda of Pakistan stands exposed & true face of new Prime Minister of Pakistan has been revealed to world in his first few months in the office" pic.twitter.com/e25STpUlTh

In a brief press release, the spokesperson cited two 'deeply disturbing developments' for cancellation of talks.

'The latest brutal killings of our security personnel by Pakistan-based entities and the recent release of a series of twenty postage stamps by Pakistan glorifying a terrorist and terrorism confirm that Pakistan will not mend its ways. The decision to agree to Pakistan’s proposal for a meeting between the foreign ministers of the two countries in New York later this month was in response to the spirit reflected in the letters from the new prime minister and foreign minister of Pakistan,' stated the communique.

'The letter from the prime minister of Pakistan had spoken of, inter alia bringing a positive change and mutual desire for peace as also readiness to discuss terrorism,' it added.

The spokesperson alleged that behind 'Pakistan’s proposal for talks to make a fresh beginning, the evil agenda of Pakistan stands exposed and the true face of the new Prime Minister of Pakistan Imran Khan has been revealed to the world in his first few months in office'.

“In view of the changed situation, there will be no meeting between the foreign ministers of India and Pakistan in New York,” it concluded.