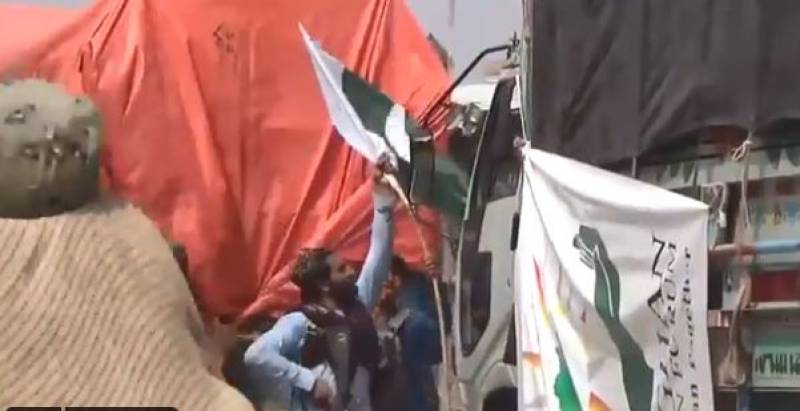 KABUL – Taliban spokesman Zabihullah Mujahid on Tuesday expressed regret for a video in which some fighters of the group were spotted removing the Pakistan flag from a truck carrying humanitarian aid for Afghanistan.

The incident happened on Sunday on Afghan side when 17 edible items-laden trucks crossed into neighbouring through Torkham border.

Mujahid said that an order has been issued for the arrest of the fighters, adding that they will also be disarmed.

He said that they were all "saddened" to learn of something like this being done in response to humanitarian assistance being sent.

He vowed to control such incidents in the future.

The viral video shows one of the fighters, who are deputed at the border crossing, removing a flag hoisted on the side of a parked aid truck sent by Pakistan.

The 17 trucks were sent by the Pak-Afghan Cooperation Forum. Thirteen of the truck were received by the Consul General of Pakistan at Jalalabad Abidullah and Regional Head Ministry of Industries and Private Sectors Maulvi Mubariz.

Pakistan's Ambassador to Afghanistan Mansoor Ahmad Khan had shared photos of the aid being received in Jalalabad.