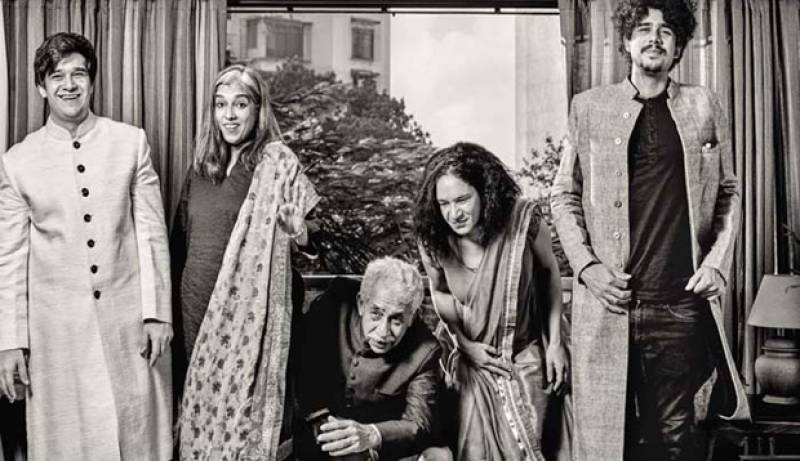 MUMBAI -  Veteran Indian actor Naseeruddin Shah remarks regarding his children's safety in India have ignited a new debate on Twitter.

The trolls from right-wing supporters on Friday (yesterday) attacked the 68-year- old actor who later clarified his intent saying he made those comments as a “worried Indian” and that he has the right to express concerns about the country he loves.

Shah had earlier voiced his concerns over the growing mob violence in a video interview with Karwan-e-Mohabbat India, a collaborative civil society initiative against mass violence. The organization had shared the video on its YouTube channel on Monday.

In the video, Shah said the “poison has already spread” and it will be now difficult to contain it. He added, “the death of a cow has more significant than that of a police officer”, referring to the Bulandshahr violence where a policeman lost his life to mob fury over alleged cow slaughter.

MUMBAI -  Legendary Bollywood actor Naseeruddin Shah said that he is worried for children in today’s India. ...

BJP supporters and right-wing ideologists were quick to dismiss Shah’s comment saying it was politically motivated and aimed to show BJP in a negative light. Many said India ‘is safe and people of all religions are given rights and allowed to peacefully co-exist’. Some even asked Shah to leave India.

According to Indian newspaper the Times of India, Uttar Pradesh’s Navnirman Sena president Amit Jani called him a “traitor” and even booked a flight ticket to Karachi for the actor.

Shah later clarified: “What I said earlier was as a worried Indian. I have said this earlier as well. What did I say this time that I am being called a traitor?... I am expressing concerns about the country I love, the country that is my home. How is that a crime?”

Naseeruddin Shah: What I said earlier was as a worried Indian. What did I say this time that I am being termed as a traitor? I am expressing concerns about the country I love, the country that is my home. How is that a crime? pic.twitter.com/XcQOwmzJSh