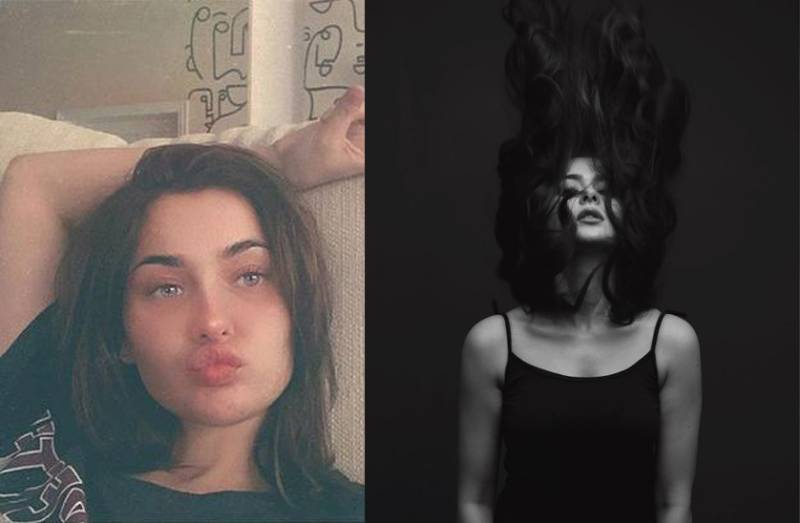 The latest picture of the 23-year-old is too hot to handle in which she is seen donning a black outfit.

Hania Amir is an actress whose dramas are quite popular among the audience.

She has appeared in several television commercials, including Garnier and Mobilink. Some of her famous dramas include Anaa, Titli, Visaal and Phir Wohi Mohabbat which earned her the 'Best Television Sensation Female.'

In September, Hania Amir was trending on the internet because people thought the actress went under a lip surgery. Netizens trolled the actor and flooded her Instagram with derogatory comments.

Hania Amir clarifies that she didn’t get any lip fillers