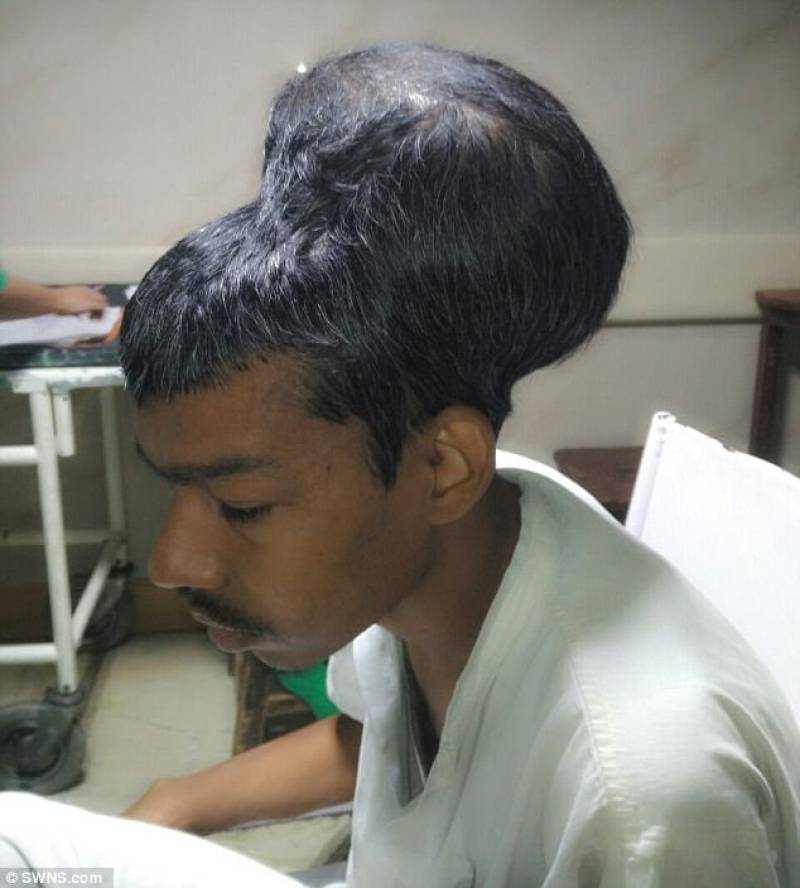 MUMBAI - Indian surgeons claim to have removed the world's largest brain tumour from a 31-year-old man that had left him blind.

Santlal Pal, a cloth seller, had a 4.1lbs (1.9kg) mass pulled out by a team of experts in Mumbai in a mammoth operation.

Medics claim the biggest brain tumour that was successfully removed before this weighed just 3.1lbs (1.4kg).

Pal had complained of a progressive swelling of his scalp, headaches and a loss of vision in both eyes. 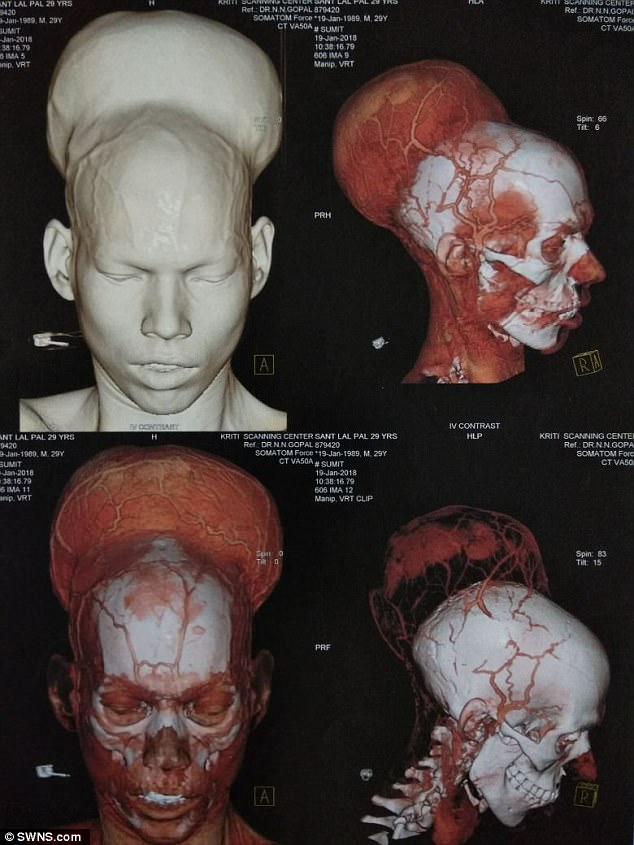 By the time he was admitted to hospital he was blind and his scalp has swelled to appear as if he had two heads mounted on top of each other.

But in a seven-hour operation, surgeons successfully removed a massive tumour along with skull bone which had invaded into the brain. 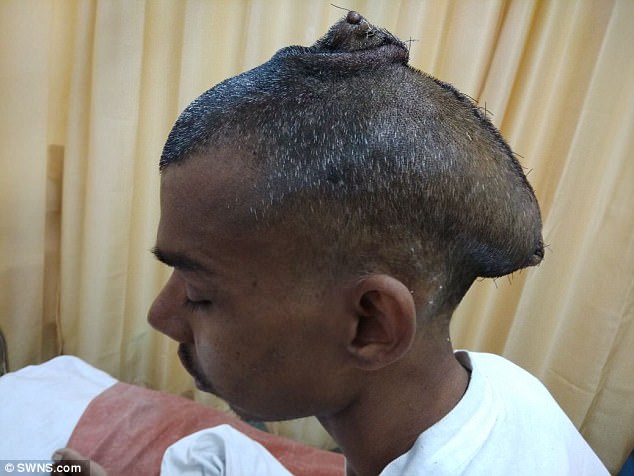 Mr Pal needed a transfusion of 11 units of blood and then spent three days on life support afterwards but has since made a good recovery.

However, it is unsure whether Mr Pal's vision has been restored. It is also unclear what type of a brain tumour he was suffering from.

Professor Trimurti Nadkarni who led the surgery said: "Such large tumours are rare and are a surgical challenge. There was a heavy blood loss and this required great team skill in perioperative monitoring for a successful result. The weight of a similar case reported earlier has been 1.4kg. The patient has made a good recovery and is now ambulatory and on full diet. He feels relieved of 'a large burden on his head." 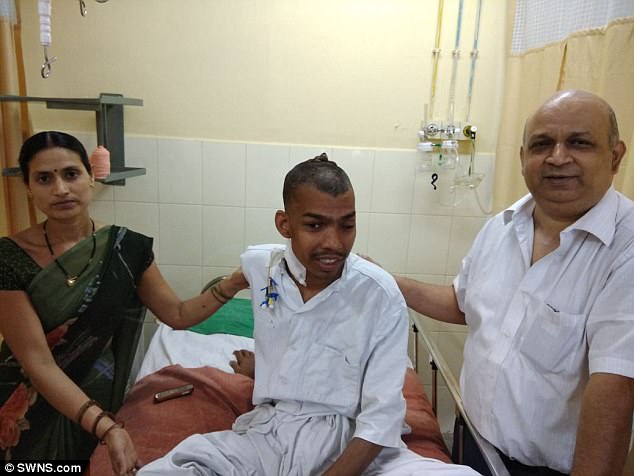