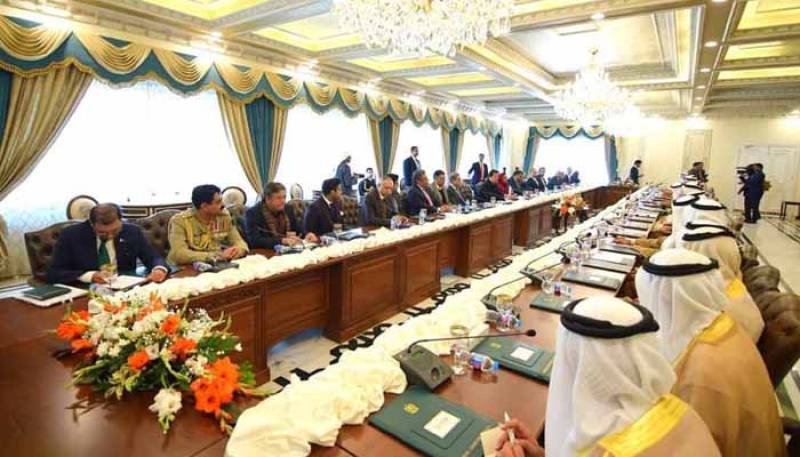 ABU DHABI – The United Arab Emirates (UAE) on Tuesday has inked the $3 billion balance-of-payments support package for Pakistan which is expected to “enhance liquidity and monetary reserves of foreign currency” at the State Bank of Pakistan (SBP).

From Pakistani side, State Bank Governor Tariq Bajwa signed on the agreement while the chairman of Abu Dhabi Development Fund represented the Emirati side.

This package “to support the financial and monetary policy of the country” was announced late last year.

According to the agreement, the UAE will transfer $1b to Pakistan in coming days while remaining $2b will be paid to Pakistan in two installments within next two weeks.

This is part of a $6.2 billion support package from UAE to Pakistan to help address the economic crisis of balance of payments.

DUBAI - The United Arab Emirates has announced its intention to deposit US$3 billion in the State Bank of Pakistan in ...

Pakistan has already received $2b from Saudi Arabia in two instalments under a bailout package.

Earlier this month, Abu Dhabi Crown Prince Sheikh Mohammed bin Zayed bin Sultan Al-Nahyan paid a visit to Pakistan for the first time in 12 years. The visit came after the PM invited the prince on his visit to the UAE, making it the third meeting over the past three months.

According to a joint statement issued after the visit culminated, PM Imran thanked the crown prince for the “generous” balance-of-payments support of $3 billion, which appears to have materialized first out of the total $6.2bn financial package.