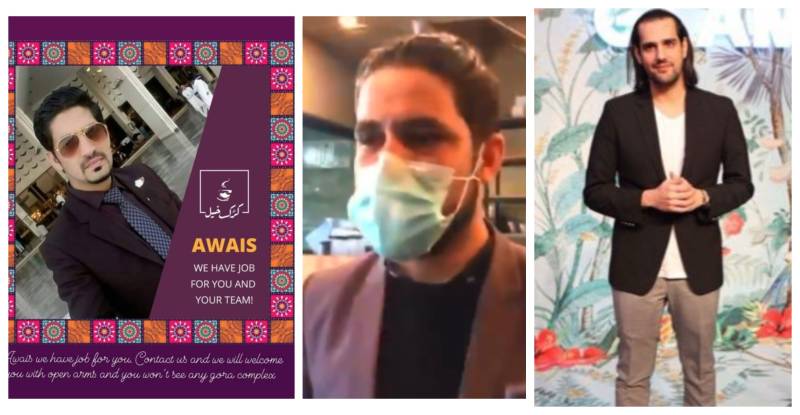 Pakistanis have denounced the elitist behaviour of the owners of Cannoli by Soul Cafe, Dia and Uzma, with a staunch stand. Country's leading celebrities, activists and political figures have come forward, openly speaking on the issue.

The infamous video that struck a nerve of the Pakistanis was all about Cannoli's owners belittling their manager, Awais, over his inability to speak English. Spreading like wildfire, the video has unanimously united Pakistanis from different walks of life as they come to Awais' support.

While the roasting and backlash continue for the ladies in question, Awais might be getting potential job offers from reputed organisations. First in the line is Shahbaz Taseer, who sought help from Twitter to get him connect with Awais.

Offering him an HR position at his company 'Pace Pakistan Limited' in pursuit of getting Awais a better job, Taseer asked people for his number.

Just spoke to Awais. He’s in high spirits and was very professional. We have made him an offer let’s see ❤️

Later, Taseer was slammed for not paying his employees on time and making offers to others, to which he clearly refused  by saying he doesn’t owe anyone any money.

I don’t owe anyone 1 Rupee & for any reason if I do, please come and see me and if you can prove it I will happily clear your dues. Otherwise don’t make up lies ❤️

Then Shahbaz tweeted about how he had offered him the new position and is waiting for the reply.

"Just spoke to Awais. He’s in high spirits and was very professional. We have made him an offer let’s see"

Help me find Awais’s number. My HR has an opening for a manager and we would absolutely love to hire him @pacepakistanltd
Twitter can be toxic. If one doesn’t respond to disgusting lies those lies become a false truth. So let’s do something nice for a change ❤️ Pakistan Zindabad

Senior Consultant at Technical Education & Vocational Training Authority (TEVTA), Azam Jamil also promised to get Awais a better opportunity in a year’s time at one of TEVTA’s centers in Murree.

I have no doubt that Owais will find a better opportunity.
In approximately a year I will hire him to teach Restaurant Managemnt to the youth of the Galiyat in the TEVTA Center of Hospitality Excellence being established in Murree.
That's my promise. 🙏

Karak Khel also posted a story on their Instagram, offering Awais a job: 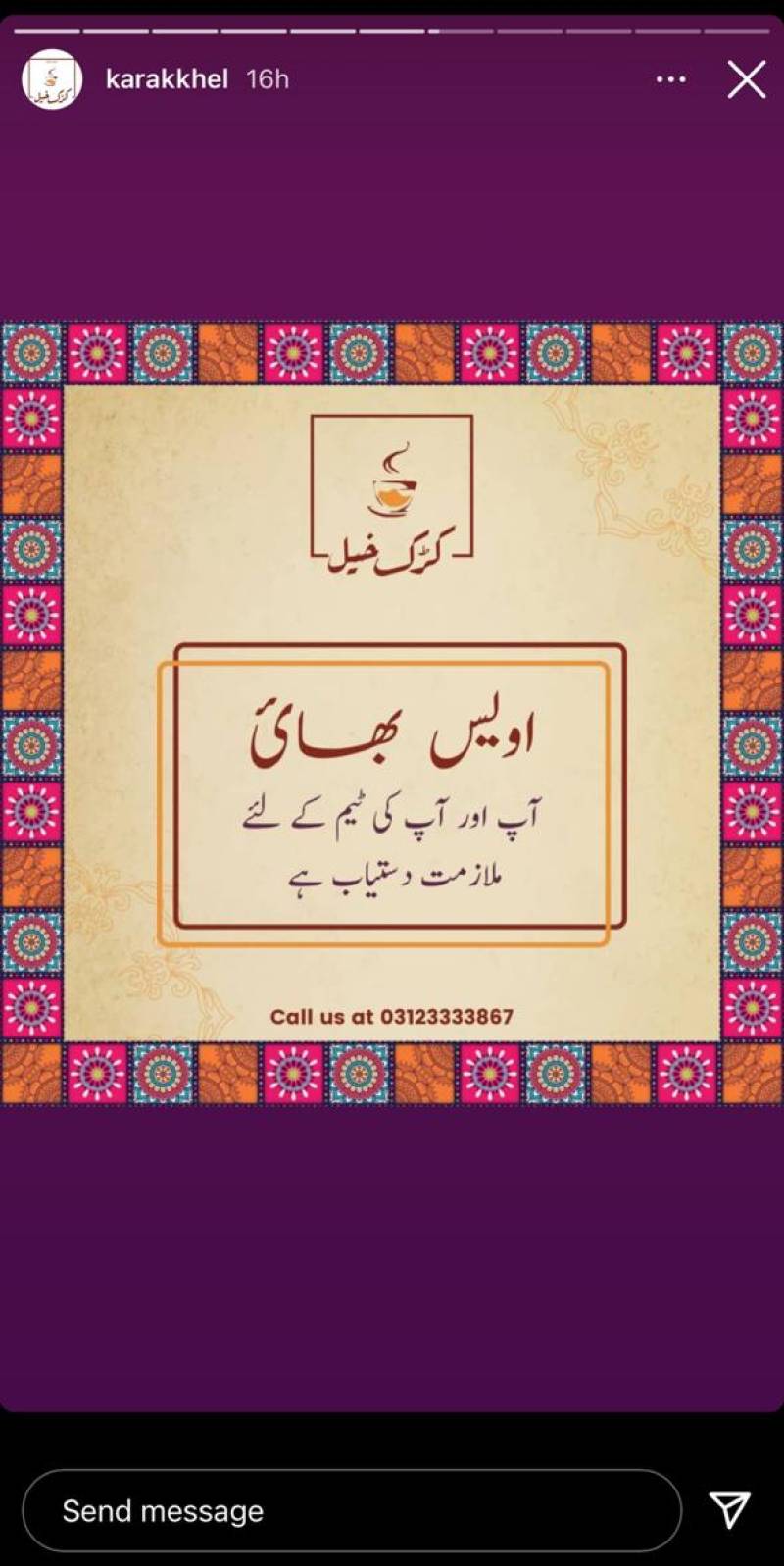 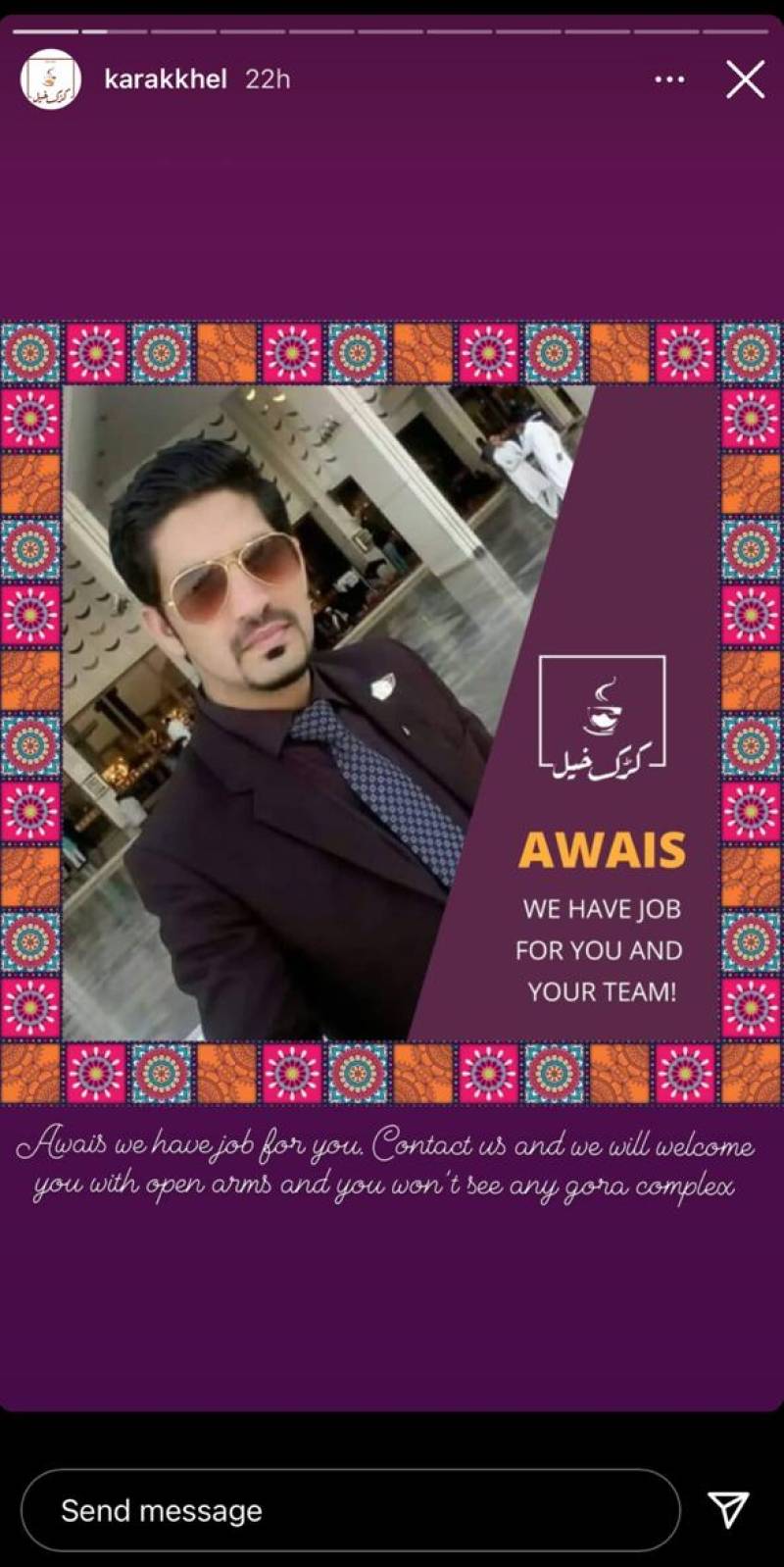