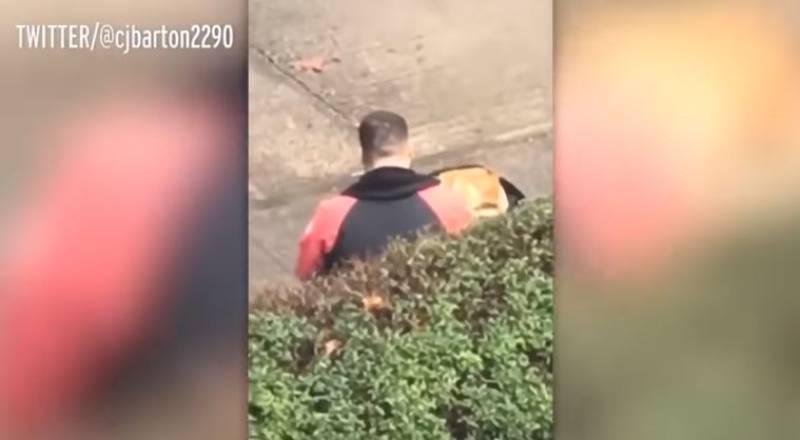 LONDON – A delivery man in British capital is in deep trouble after he cancelled a customer’s food order and proceeded to eat it himself right outside her house.

The customer recorded the incident on her phone and shared it with her brother who put in on Twitter, criticising the delivery company and its services. He wrote, “Yo Just Eat my sister ordered McDonald’s on your site yesterday from Kentish Town McDonalds. The driver cancelled the order, sat outside her house and ate the food.”

A spokesman of the delivery service ‘Just Eat’ told The Mirror, “When we become aware of any practices that fall below the high standards we expect, we will always take steps to address this. As such, we were concerned to hear about this incident. We are investigating, will take action as appropriate and are also in contact with the customer.”

Replies to the tweet included other people commenting that they had had similar experiences. However, some were reluctant to believe that the delivery man could be so stupid and suggested that it could have been some other delivery man eating a similar meal and the location could just be a coincidence.

The tweet has been taken offline, presumably on request of the delivery service.

KARACHI – A food delivery man riding a motorcycle has robbed a man on gunpoint in Gulistan-e-Johar area of the ...