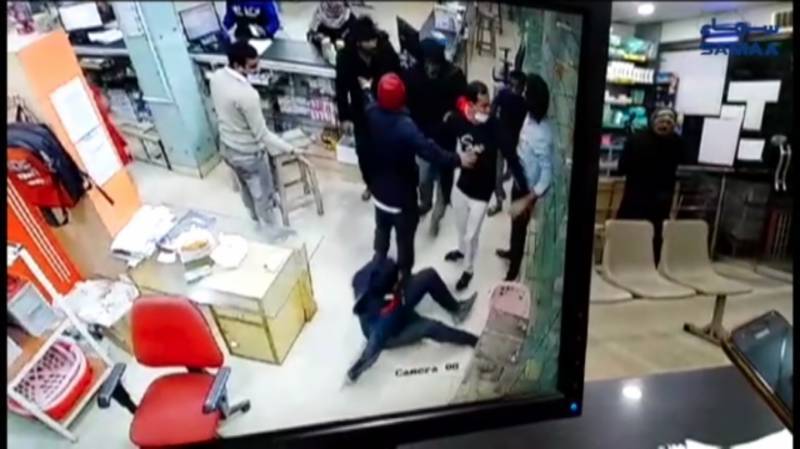 FAISALABAD – An employee at a pharmacy in Faisalabad was beaten up on Wednesday night for allegedly spreading the number of a female customer.

The group of men in CCTV footage can be seen beating and dragging the employee. They claimed that their relative had purchased medicine from the store with the prescription that contained her number. She said she received several messages from unknown numbers including that of the pharmacy employee.

The accused employee denied any involvement in spreading of the woman’s number and has registered a case with the Sargodha Road Police Station, claiming that the men had beaten him, stolen Rs 20,000 from his pocket and broke his watch and mobile phone.

Police have registered the case and are investigating.

PESHAWAR – Police have arrested three men in the Khyber Pakhtunkhwa capital for ‘Ghag,’ an inhumane ...