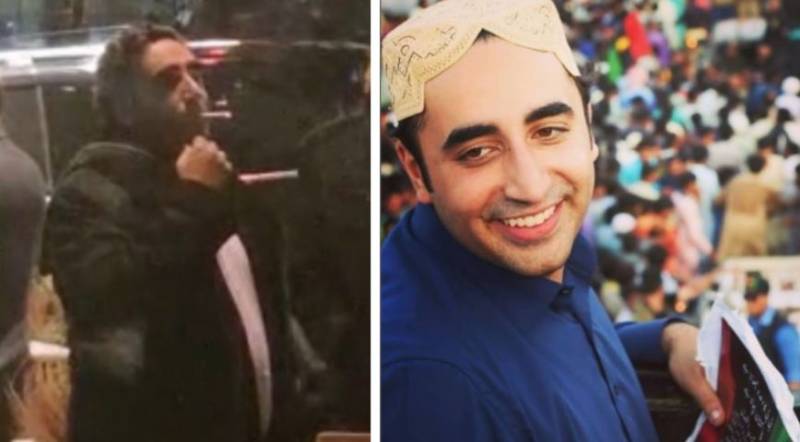 Pakistanis have long been captivated by scandals or viral moments embroiling politicians and other influential people in society, who are caught in the act at times.

The list of politicians of the South Asian nation grabbing headlines for the wrong reasons continues to grow, with the country’s Foreign Minister Bilawal Bhutto becoming the latest face who recently went viral on social media.

The Bhutto scion, who visited the resort city of Davos to attend the World Economic Forum’s summit, was recently caught on a tape while taking a puff.

A zoomed-up clip which was apparently shot from a hand-held device from inside a building started doing rounds on the internet showing the PPP leader, holding a cigarette and taking a puff, while his bodyguards were spotted taking their positions.

The clip soon went viral on the microblogging platform with many social media users expressing surprise at the rare sight of the famous political leader engaging in such a selfish habit.

As Bilawal has yet to respond to the clip, social media users are chattering on the topic with their different takes.

All those who have a problem, Bilawal Bhutto doesn’t need any permission from you guys when it comes to smoking. If he wants to smoke, he will smoke. Nobody owns him, it’s his life, his decision. Jinko ghar mae koi nahi pochta, woh bhi Papa ban rahay hain @BBhuttoZardari ke.

Cocaine Khan’s followers are all excited about finding a video of Bilawal Bhutto smoking.

Pakistan has one of the highest smoking rates in the region and the habit is causing around 166,000 deaths every year in the country out of which 20 percent of casualties are due to second-hand smoke.

ToshaKhana, not TochaKhana! Netizens troll Bilawal Bhutto for another slip of tongue