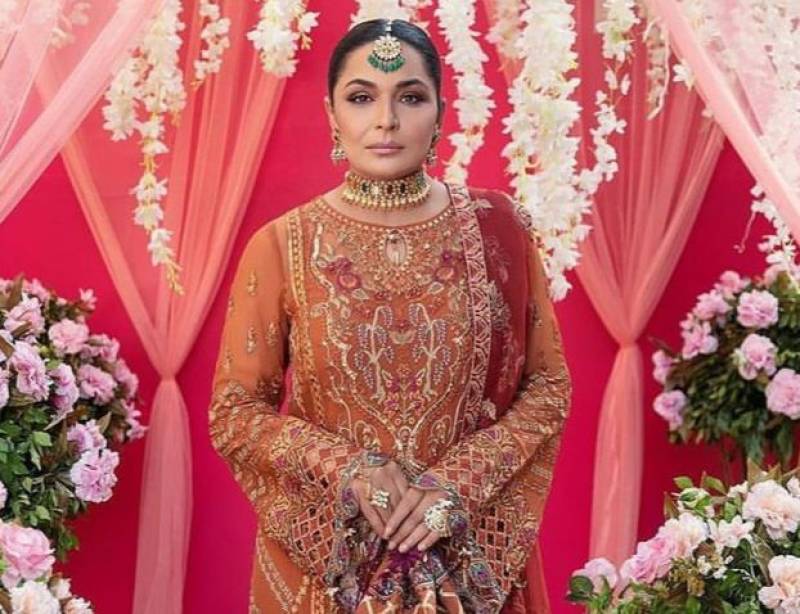 The Lahore High Court has disposed of a plea challenging the validity of Pakistani filmstar Meera's marriage with Atiqur Rehman due to the continued absence of her lawyer on Wednesday.

A family court had rejected the claim seeking to declare the Nikkahnama (marriage contract) fake on May 28, 2018. However, a sessions court judge rejected Meera's appeal against the rejection.

After this, the Baaji star Meera, whose real name is Irtiza Rubab, again challenged the session court's decision, this time in the LHC. However, the high court disposed of her plea as her lawyer failed to appear for the hearings.

In her plea, Meera maintained that Atiqur Rehman got a fake marriage contract and wedding pictures made during the shooting of a movie in Dubai, with the intention to seek publicity and blackmail her.

Earlier, a sessions court on January 31 declared that Meera is legally the wife of Atiq-ur-Rehman, rejecting the showbiz star’s appeal to deny the ruling over her marriage. Additional Sessions Judge Mazhar Abbas had declared that the Nikkahnama is authentic.

A sessions court in Lahore on Monday dismissed Pakistani film actress Meera’s plea for dissolution of her ...