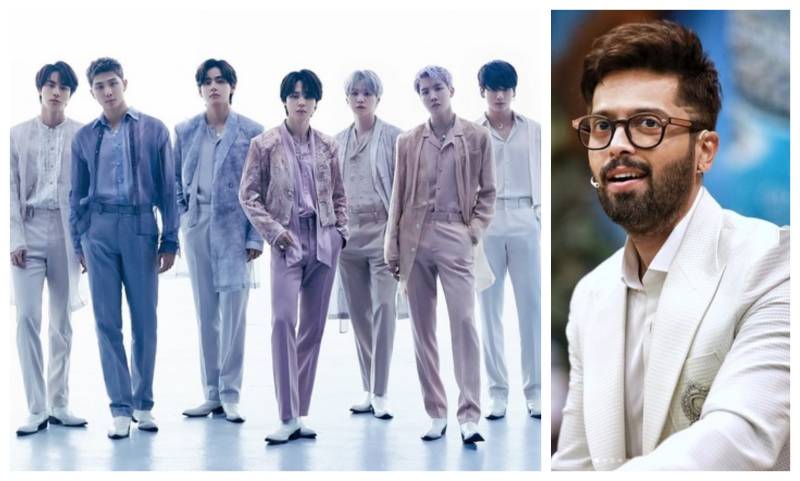 Recently, he appeared on Gup Shup with Fuchsia along with Mahira where he shared his overall experience about the movie.

He also talked about his daughter Fatima being a fan of famed Korean pop band, BTS. However, the Load Wedding’s commented that he did not like it. His comments did not go well online as BTS fans, who are dubbed as ARMY, started slamming Fahad Mustaf.

When host asked if he has ever heard the songs of BTS, he replied: “no, hell not” to which the interviewer asked why. “It’s my choice,” he said.

For people who don't know about "Fahad Mustafa and bts wala scene" pic.twitter.com/rV4XZEbNAD

Mustafa said that he did not even know the favourite song of his daughter. "I called them Behind The Scenes band and my daughter responded with 'no papa!'

He said that Fatima even speaks Korean but she is not able to speak Sindhi. “What is wrong with these people?” he questioned.

The remarks of Fahad Mustafa created a storm on social media where BTS fans are calling him out.

Fahad Mustafa if you're soo genuinely curious about Kpop then maybe research? Why everyone is so in love with their content? What makes their content worth watching? And then maybe you'll realize what makes your content trashy and unlikeable 🤡

BTS topping all musical charts in Pakistan, dominating social media trends, getting more attention, their fans doing successful projects and so called famous actor said...who is BTS???
Who are you Fahad Mustafa???

However, there are keyboard warriors supporting Fahad Mustafa for his views, saying everyone has own choices.