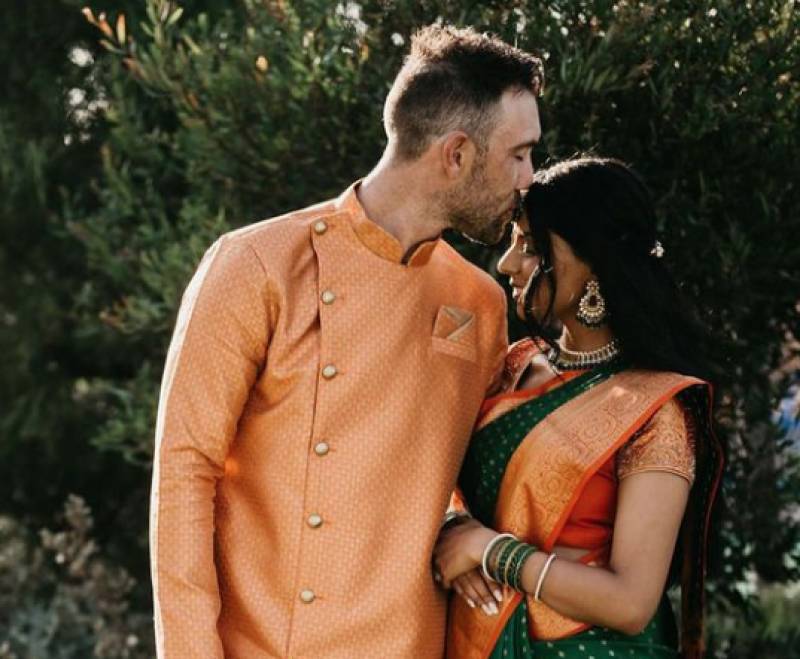 The lovebirds exchanged vows in an intimate ceremony and shared their special moments on social media.

Lately, the couple took to the photo-sharing platform to share an endearing snap from their Haldi ceremony. The 33-year-old spotted kissing on Vini’s forehead. Donning Indian attires, the newlywed looked absolutely endearing.

“A little glimpse into our intimate Nalangu/Haldi ceremony. Wedding week has begun,” the bride, Melbourne-based pharmacist, captioned the post.

In another post, they could be seen amused. "What’s that saying? Happy wife happy life," Vini wrote on Instagram.

Maxwell and Vini reportedly dated for more than two years before finally marrying on March 18.

Last week, Maxwell shared the news with fans as he shared a picture on the official handle. “Mr and Mrs Maxwell | 18.03.22,” he wrote. The Indian-origin bride also shared an excerpt of her wedding vows with Maxwell. “It doesn’t matter where life takes us as long as I am with you I know I am home,” she said.

Nicknamed the ‘Big Show’ for his ability to hit massive shots without any fuss, Glenn Maxwell is considered among top attractive batsmen around the world. He shot to fame in 2011 when he scored a record 19-ball half-century to lead Victoria to an unlikely victory against Tasmania.

He etched his name in history books for the fastest half-century in Australian domestic ODI, scoring 50 runs off 19 balls. The all-rounder also opened up about his battle with mental health, which forced him out of the game for two months back in 2019.