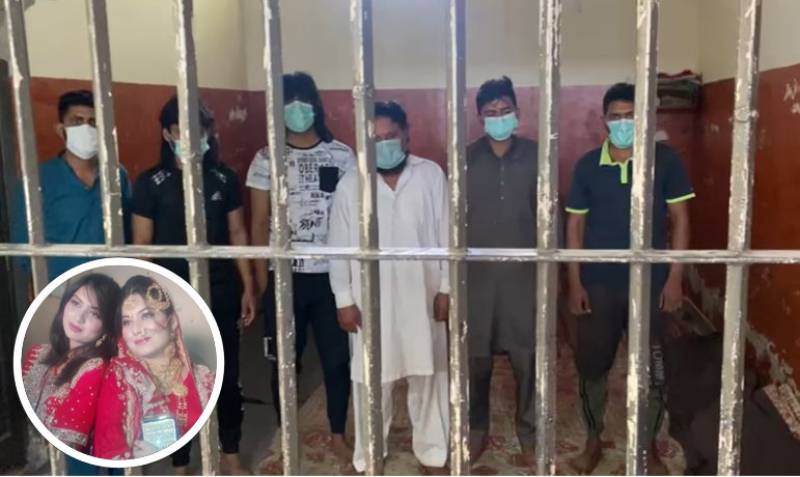 JHELUM – Police in the country’s most populous region announced arresting six men who murdered two Spanish sisters in a village in the Gujrat district for ‘failing to take their spouses to European country’.

The arrests were made within 48 hours of the heinous incident, as the brother and uncle of the duo were among the suspected murderers.

Punjab police announced the arrest in a social media post, saying six persons including the 'mastermind' are in custody. As per the initial probe, the deceased were against their forced marriages and were allegedly killed by their brother and uncle.

The incident was reported on Friday when Arooj Abbas and Aneesa Abbas, who recently arrived in Pakistan were found murdered at their residence.

Reports suggest that a case was lodged against seven nominated suspects, including Raja Haneef alias Goga, the paternal uncle of the women, her mother-in-law Farzana Haneef, husband of one girl Atiq, Arooj’s husband Hassan, her father-in-law Aurangzaib, the brothers of the deceased and two unidentified suspects.

Cops told a local publication that the deceased women were demanding a divorce from their cousins as they reportedly wanted to marry two Pakistanis belonging to Mandi Bahauddin district who were settled in Spain.

The family opposed the duos' plan and lured them back to Pakistan where their nikah was registered about a year ago.

Earlier, Punjab Chief Minister Hamza Shehbaz took notice of the murders and sought a report from the concerned officials. IGP Punjab directed DPO Gujrat to inquire into every aspect of the incident.