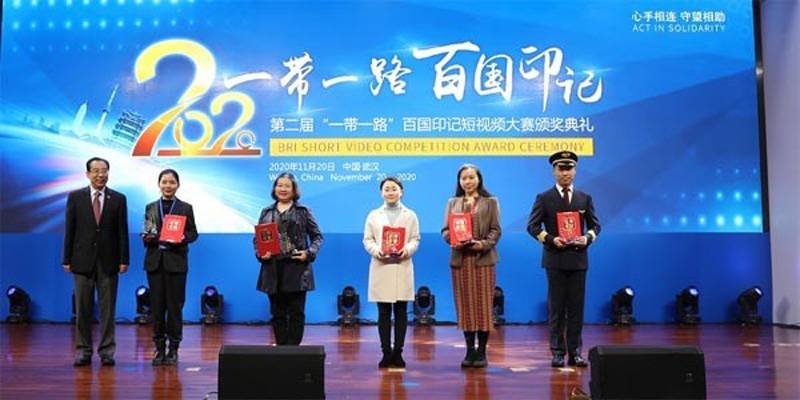 ISLAMABAD - A short video documentary of a Pakistani construction worker at Dasu Dam has won an award at the second Belt and Road (BRI) video competition held in Wuhan in Central China’s Hubei Province.

The competition, co-organized by the China Public Diplomacy Association, the News Center of the State-owned Assets Supervision and Administration Commission of the State Council (SASAC), and Global Times Online, was held in Wuhan on Friday.

The video, submitted by Gezhouba Co, tells the story of Naseer, a Pakistani construction worker from Dasu Dam— a large hydroelectric gravity dam, whose civil works were undertaken by Gezhouba.

Naseer’s work at the Dasu Dam has changed the lives of his family and enables his kids to study at school.

The entries of this competition have received more than 300 million views, including nearly 50 million views overseas, providing colourful stories about the Belt and Road to a global audience.

The amazing videos of this competition were not only posted and displayed on the exclusive voting platform Kwai with the hashtag of “#Footprints and Memories#”, but also published on Douyin, Bilibili, and Tencent Video, as well as overseas social media platforms such as Facebook, Twitter, YouTube, and TikTok.

The competition which was launched in mid-July and ended at the end of September received more than 500 entries from nearly 80 countries. After the Organizing Committee’s preliminary review, public voting and expert evaluation, the 10 final award winners of this competition were announced.