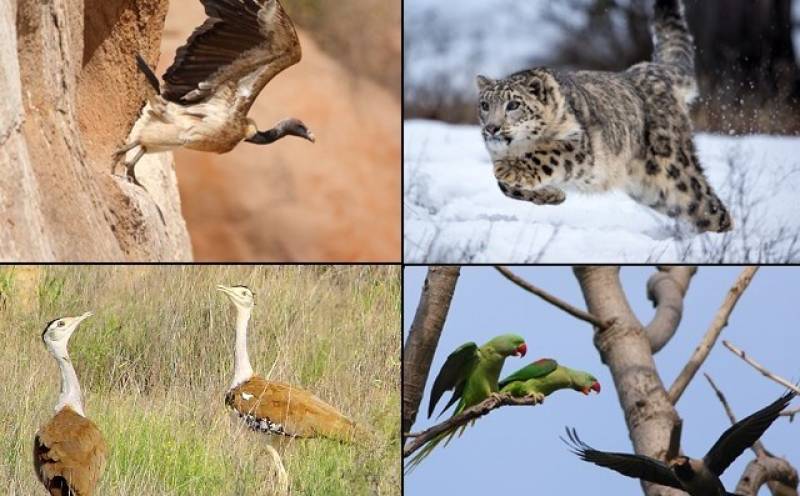 ISLAMABAD – The Climate Change Ministry has announced to hammer out a first Pakistan-specific Red Data List of wildlife species threatened with risks of extinction, said a press release

Secretary of the ministry Hassan Nasir Jami said that lack of adequate data about status of wildlife species and their habitats has remained a major roadblock to efforts for their conservation and protection in Pakistan.

He added that efforts have been launched by the climate change ministry in collaboration with globally recognised wildlife conservation organisations for the survey.

He said, “The Pakistan Red Data List will be the most comprehensive inventory of the wildlife plants, animals, and other organisms of global importance that will help guide and boost actions for conservation and protection of wildlife species threatened with extinction risks of varying degree in Pakistan.”

The data collection for the Pakistan-specific Red List would be based upon precise criteria recognised and used globally to evaluate the extinction risk of thousands of species and subspecies, the climate change secretary said further.

Acting Inspector General Forest at the climate change ministry and team leader of the Pakistan Red List Initiative, Muhammad Suleman Khan Warraich, said that nearly 50 wildlife scientists and biodiversity experts, researchers, surveyors, university students from International Union for Conservation of Nature-Pakistan (IUCN-Pakistan), World Wide Fund for Nature-Pakistan (WWF-P), Zoological Survey of Pakistan, Wildlife Conservation Society Pakistan have been engaged for the data collection, who are visiting various parts of the country for the data survey of existing wild animals, plants and other organisms and threats to their survivals.

He said that before sending the teams in the fields, capacity-building training was organised for them, who have been trained into use of methodologies and appropriate survey tools and techniques for conducting surveys of wild plants and animals with accuracy and precisions.

“The Red List will be a critical indicator of the health of the country’s biodiversity, which is beset with various risks to their sustainability. Much more than a list of species and their status. Besides, it will prove a powerful tool to inform and catalyse action for biodiversity conservation and policy change, critical to protecting the natural resources we need to survive,” Muhammad Suleman Khan Warraich highlighted.

“It will also provide with information about range, population size, habitat and ecology, use and/or trade, threats and conservation actions that will help inform necessary conservation decisions,” Suleman Warraich said further. Country representatives of IUCN-Pakistan, WWF-Pakistan, WCS lauded the climate change ministry’s efforts for launching the nation-wide survey of the wildlife, their current status and risks to their survival.

IUCN-Pakistan’s country head Mehmood Akhtar Cheema said, “The climate change ministry’s efforts for rolling out a first Pakistan-specific Red Data List will go a long way in conservation and protection of the wildlife species, particularly those which are at heightened risk of extinction.”

He pledged to extend every possible support to the Ministry’s efforts regarding Red Data List at all levels, as these efforts of the climate change ministry under the Imran Khan-led government are being seen as unprecedented importance and vital to protecting and conserving the wild animals and plants in the country, most of which are already grappled with risks of extinction due to environmental change, poaching, hunting and other reasons