Faryal Makhdoom hits back at trollers, says find someone else to bug 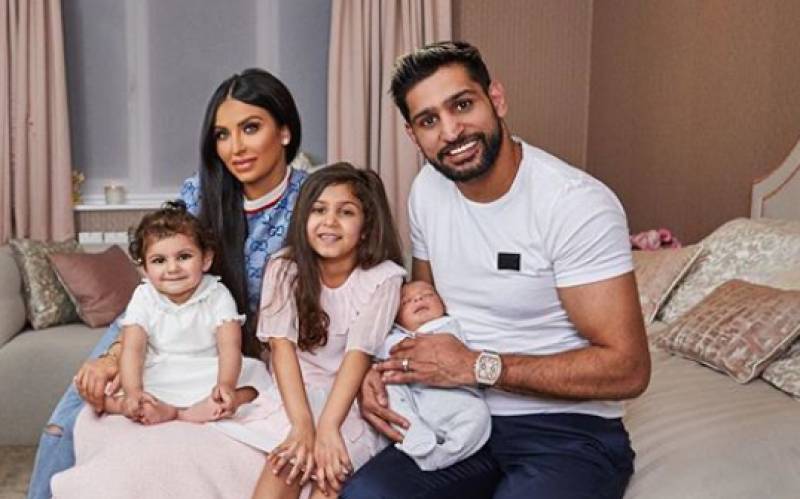 LONDON - Faryal Makhdoom has slammed social media trolls who body-shamed her after she posted an outfit in the lead up to Ramadan, with Amir Khan’s wife told to ‘cover her privates’.

The 28-year-old new mother and social media influencer had earlier shared a photo to social media of herself wearing a khaki crop top with leather trousers and a green blazer over the top – however, it was soon flooded with a majority of unfavourable statements by her followers on Instagram.

While she had many admirers and fans of the look, others chastised her for wearing a ‘revealing’ outfit ahead of the religious period, which begins on Thursday and runs until 23 May.

One troll claimed Faryal – who has children Lamaisah, five, Alayna, 23 months, and eight-week-old son Muhammad with husband Amir, 33 – should be ‘ashamed’ as ‘in Islam, a women needs hide her private area’.

It didn’t take long before Faryal was forced to defend herself, posting a statement to her stories in which she insisted she was ‘old enough to dress herself’ and to simply unfollow her if they found offence at her outfit choice.

She wrote: ‘I’m old enough to dress myself.. fine to leave opinions under my picture but to be using foul language and wishing ill upon me is simply disgusting. ‘Telling me Ramadan is around the corner then cursing the s**t out of me shows your character. 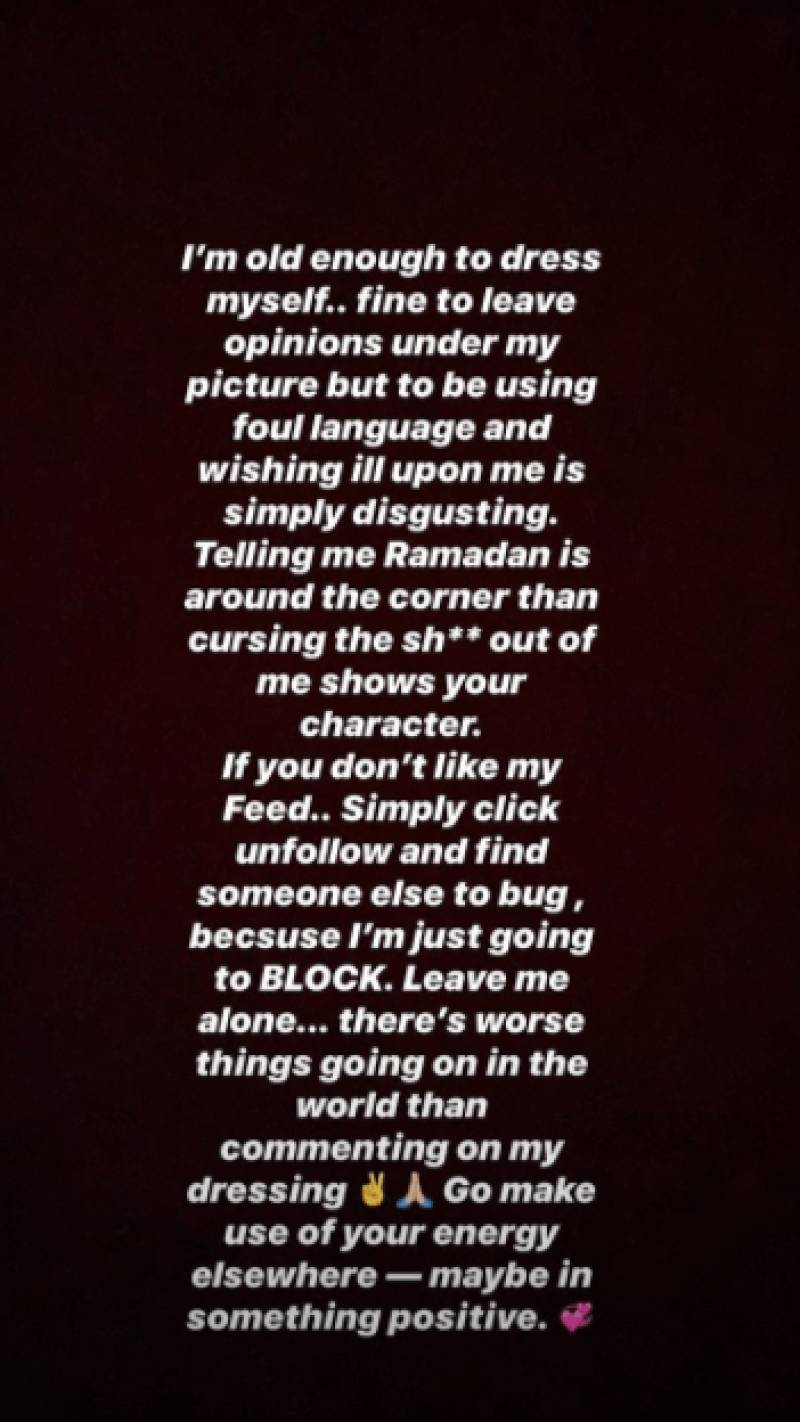 ‘If you don’t like my feed simply click unfollow and find someone else to bug, because I’m just going to BLOCK. ‘Leave me alone… there are worse things going on in the world than commenting on my dressing. Go make use of your energy elsewhere – maybe in something positive.’

Of her fans, Faryal added: ‘And those of you always having my back… I love u. I’m not perfect… but Hey let me live. Just chill out x (sic).’ The post comes after Faryal and Amir had announced the birth of their third child only two months ago in February 2020.