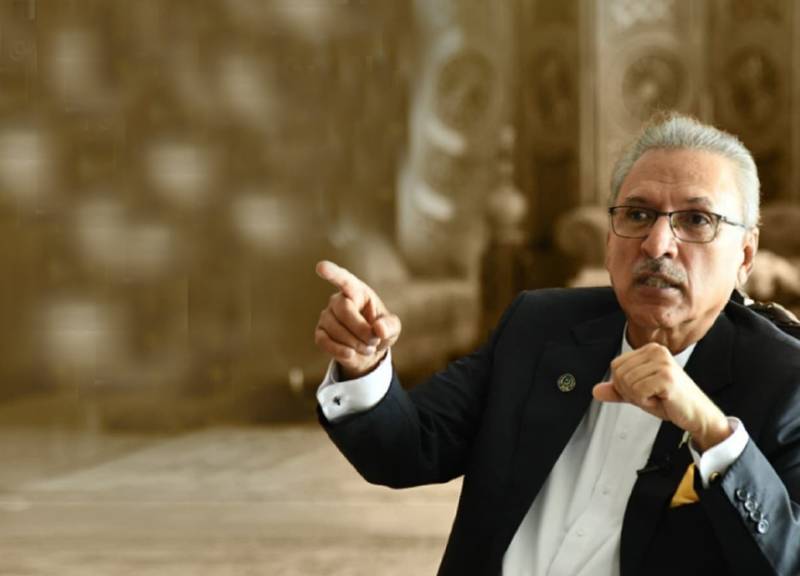 ISLAMABAD – President Arif Alvi has dismissed the appeal of an assistant private secretary of the anti-corruption watchdog as he was found guilty of leaking official information.

A statement issued by the President's office said that Dr Arif Alvi has junked the appeal of a National Accountability Bureau (NAB) official, who sought to revoke the major penalty awarded to him over unlawful communication for corrupt practices.

The president also ordered the federal institution to proceed against other officers involved in such cases. “If found guilty, punish them for doing corruption within the very institution that was responsible for controlling corruption,” it added.

President Dr. Arif Alvi has rejected the appeal of a NAB official to set aside the major penalty awarded to him over unlawful communication of official information for benefits of corruption.

He also directed NAB to proceed against other officers involved in such cases and pic.twitter.com/mbL1m0CO0E

Alvi maintained that such a penalty does not do justice and wished that the punishment should have been harsher.

It was learnt that an officer of BS-16, Noman Iqbal, was found guilty of copying and sharing official information with unauthorised individuals. He was demoted to a lower post for a period of five years.

Two other officers of the anti-corruption watchdog were found guilty and were penalised.

The startling revelations surfaced after a committee was constituted by NAB Karachi to probe the matter that found the appellant guilty of misconduct and disclosure of official secrets.

Official documents and conversations were also found that proved he had shared information with unauthorised individuals.

RAWALPINDI – A lecturer of the Pakistan Air Force (PAF) has moved the Lahore High Court to revoke his conviction ...

Soon after he was awarded punishment, the NAB official submitted an appeal to the President under the NAB Employees Services Rules (TCS-2002) to revoke the punishment.