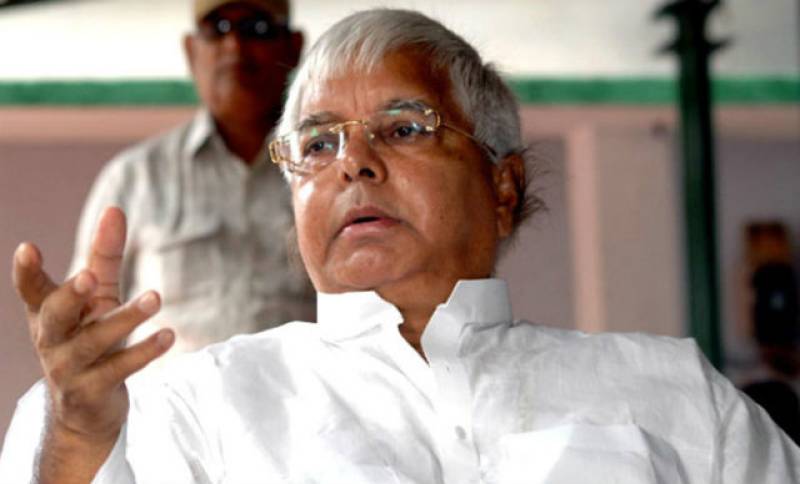 NEW DELHI - An Indian court on Saturday convicted a former chief minister of the eastern state of Bihar a second time for embezzling state government funds.

Lalu was among the 15 of the 22 accused found guilty by a special CBI court in Ranchi for the fraudulent withdrawal of Rs 84.5 lakh from the Deoghar district treasury between 1994 and 1996.

In 2013, another court sentenced him to five years in prison for fraudulently withdrawing 378 million rupees ($5.8 million) from the Bihar state government treasury for fictitious medicines and fodder for cattle over a period of 20 years. Yadav has been barred from contesting elections.

Yadav spent two months in jail in 2013 before he got bail from the Supreme Court as he challenged his conviction. The court decision is awaited.

PATNA (Web Desk) - Bihar politician Laloo Prasad Yadav was slightly hurt after a ceiling fan fell onto the stage where ...

On Saturday, soon after the judge convicted Yadav in Patna, the capital of Bihar state, police took him to a local prison. 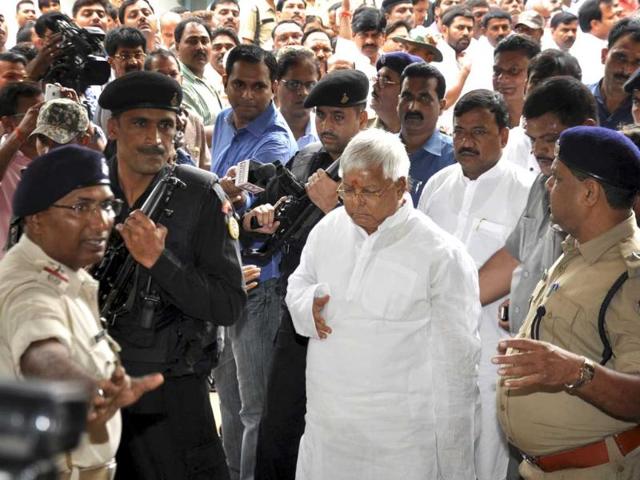 Soon after his conviction, Yadav tweeted “In (the) end Truth will win.”

He also said that Nelson Mandela, Martin Luther King, and their likes wouldn't have been treated in the same manner if they had "failed in their efforts".

Had people like Nelson Mandela, Martin Luther King, Baba Saheb Ambedkar failed in their efforts, history would have treated them as villains. They still are villains for the biased, racist and caste-ist minds. No one should expect any different treatment.

The Supreme Court order is part of its attempt to clean up India’s electoral system by making it more difficult for politicians with criminal cases to contest elections.

Indian lawmakers are now barred from running in elections if they are found guilty of offenses carrying a jail term of at least two years.