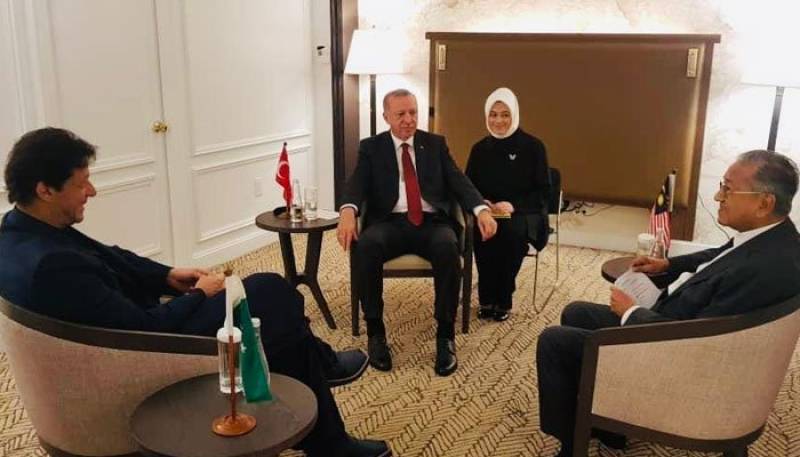 ISLAMABAD – Pakistan’s Foreign Office on Monday rejected a news report on Kuala Lumpur Summit — published in a local English newspaper, based on “opinions” by unnamed officials — as “speculative, misleading and self-contradictory”.

FO spokesperson Aisha Farooqui, in a statement, pointed out that the news report betrayed the lack of understanding of exhaustive consultations process involved in the important policy decisions and overlooked the extensive diplomatic outreach at multiple levels undertaken on this subject.

“The insinuation of any gap between various offices is firmly rejected,” the Spokesperson said.

Pakistan was one of the first countries with whom Prime Minister Mahathir shared his plans for holding the summit when he met Prime Minister Imran Khan along with President Erdogan on the sidelines of the UN General Assembly session in New York in September this year. Later on, PM Imran formally conveyed his acceptance of the invitation for attending the summit when Malaysian Deputy Foreign Minister Marzuki Bin Haji Yahya called on him in Islamabad in November.

On Dec 17, the Pakistani government formally announced that it would not attend the event “at any level”.

President Erdogan, last Friday, dropped a bombshell, saying that Pakistan decided to stay away from the Summit because of “Saudi threats of economic sanctions”. Riyadh immediately rejected the statement by Turkish president.

On the other hand, Foreign Minister Shah Mehmood Qureshi confirmed that Saudi Arabia and the UAE were “worried that the event could cause ‘division in Ummah’ and lead to setting up of an organisation parallel to the existing Organization of Islamic Cooperation (OIC)”.

A cold-war between Riyadh and Ankara – dating back to Arab uprising in 2008 – has divided the Middle East into two blocs, with Turkey siding with Iran and Qatar, two countries Kingdom has ideological conflicts with, and Kingdom supporting the United Arab Emirates (UAE). The relationship grew up to worsen after the murder of Saudi journalist Jamal Khashoggi last year which, Turkish President Recep Tayyip Erdogan alleged, was committed at the behest of Crown Prince Mohammad bin Salman.