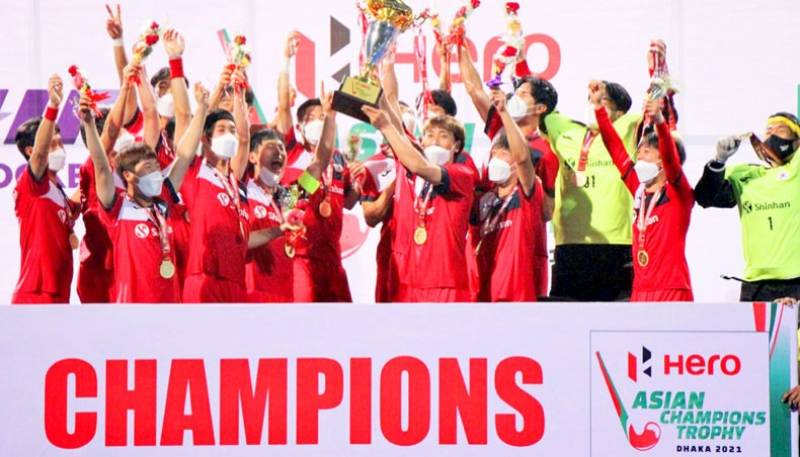 DHAKA – South Korea has won the Asian Hockey Champions trophy beating Japan at a shoot out in the final at the Maulana Bhasani Hockey Stadium in Bangladesh.

This is the first time that South Korea became the Asian Hockey champion.

India secured third while Pakistan fourth position in the tournament.

DHAKA – India edged out Pakistan 4-3 in a thriller, securing a bronze medal the Asian Hockey Champions Trophy on ...