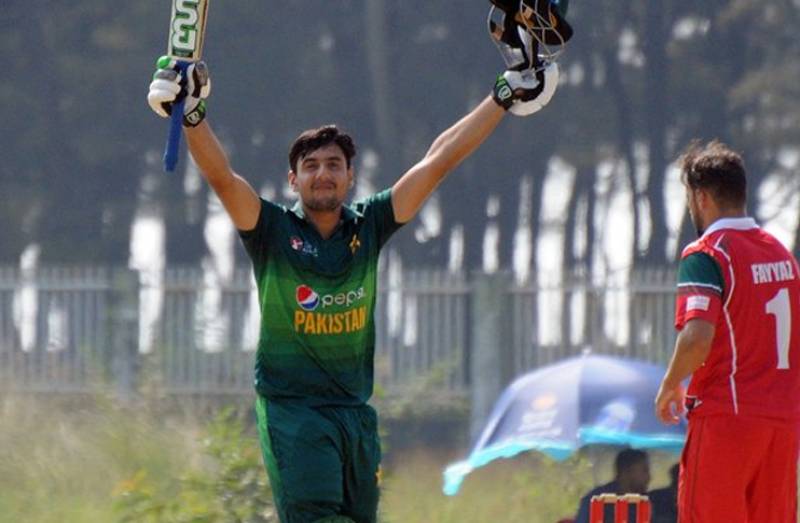 MULTAN – 19-year-old Haider Ali has once again won hearts with his flashing batting performance against Khyber Paktunkhwa team in a match of the National T20 Cup.

The young star, who made his powerful international T20 debut for Pakistan Cricket Team against England on September 1 this year, thrashed 90 runs off 48 balls in first match of the tournament being played at Multan Cricket Stadium.

Haider Ali and 23-year-old Zeeshan Malik partnered for 180, which goes down as the highest second wicket partnership in the history of the #NationalT20Cup.

Previous best was between 169* between Yasir Hameed and Younis Khan in 2014.

Tweeps showered praises on the emerging star Haider Ali over his awesome performance.

What a player he is
Haider Ali. Wow good to watch😍👌👍 pic.twitter.com/pPtWKFtEKK

What a player he is
Haider Ali. Wow good to watch😍👌👍 pic.twitter.com/pPtWKFtEKK

In his firth international debut against England, Haider Ali scored 54 runs, becoming the first cricketer for Pakistan to score a fifty on T20I debut