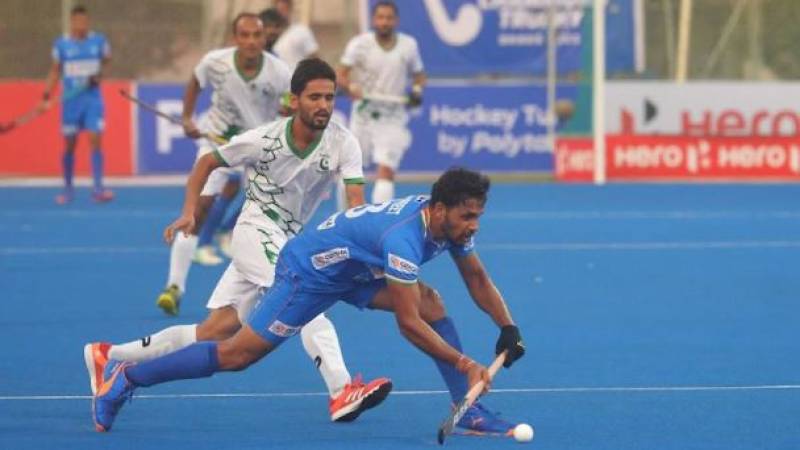 DHAKA – India edged out Pakistan 4-3 in a thriller, securing a bronze medal the Asian Hockey Champions Trophy on Wednesday in Dhaka.

The match went down to the wire with both teams displaying maximum strength against each other to prove their authority.

Earlier, India were defeated by Japan in the semi-final on Tuesday. Meanwhile, Pakistan had lost to South Korea in their semi-final match in a 5-6 thriller.

The defeat in the semi-final left football fans in Pakistan upset as it is for the first time that Pakistan did not qualify for the final of the tournament since its inception in 2011.

The final of Asian Hockey Champions Trophy is being played between South Korea and Japan in Dhaka today (Wednesday).