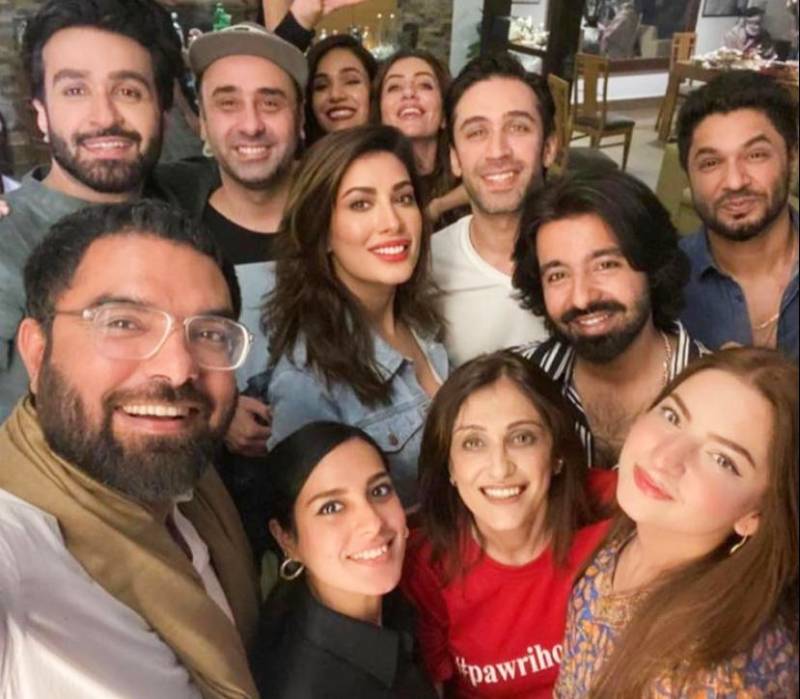 There is no stopping to the #PawriHoraiHai' trend that keeps on getting bigger and better as the coolest Pakistani celebrity gang has now jumped into the ‘Pawri’ bandwagon alongside the social media sensation - Dananeer Mobeen.

Internet is a vital source of amusement nowadays, and the viral video of a young influencer Dananeer, vacationing in the northern areas of Pakistan is trending across the social media platforms. Mimicking the Pakistani burger accent, she said, “Yeh hamari party ho rahi hai” (We're partying) in a funny way that has amused the netizens.

Taking the internet by storm, a fun video of Dananeer Mobeen aka the 'Pawri' girl has started circulating on the web where the bubbly influencer has presented her newest version with Pakistani celebrities Yasir Hussain, Iqra Aziz, Mehwish Hayat and others.

All the stars were present at the party hosted by Wajahat Rauf as he celebrated the wrap of the film Parde Main Rehne Dou alongside his buddies from the entertainment industry. The 'Pawri girl' was also spotted at the party having fun.

The '#PawriHoraiHai' fever has also been a source of entertainment in Bollywood with superstars like Deepika Padukone, Shahid Kapoor and Randeep Hooda posting hilarious improvisations of the trend.

Not only Bollywood stars are in love with Pakistani influencer Dananeer Mubeen but Indian soldiers are enjoying her ...