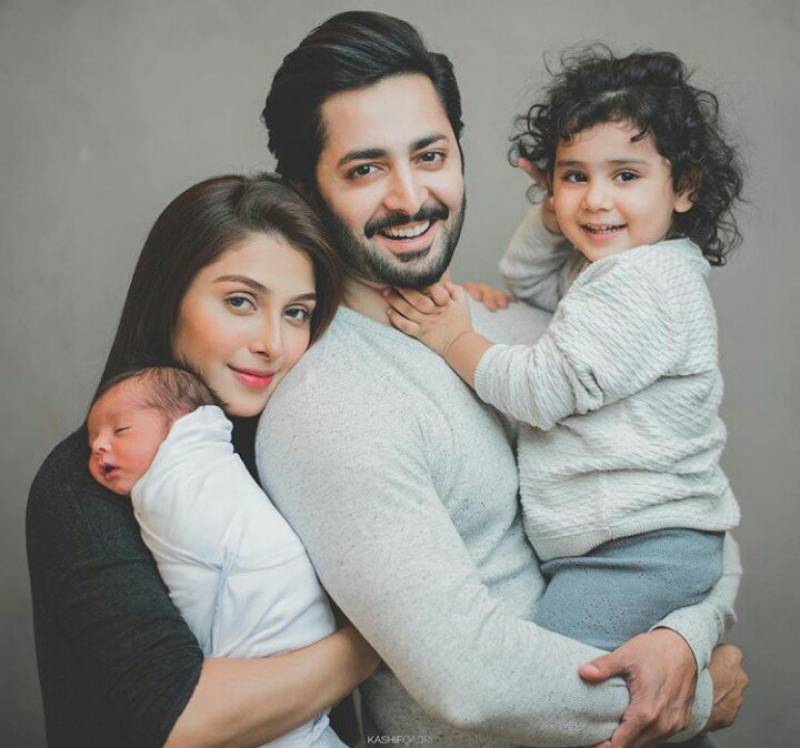 LAHORE - When you are a famous media personality, you have lots of die hard fans who love you to the core and always wish well for you.

But sometimes, there are people who would have no respect for your personal life, and would do anything to defame you. These people do not know that celebrities too are humans, and anything wrong against them would hurt them too.

Recently. a 'fan' of actor Ayeza Khan did something that would be called 'unethical' by every definition of the word. This fan made a fake account of Ayeza Khan and started a series of Photoshopped pictures and comments on her personal life which were nonetheless far away from the truth. 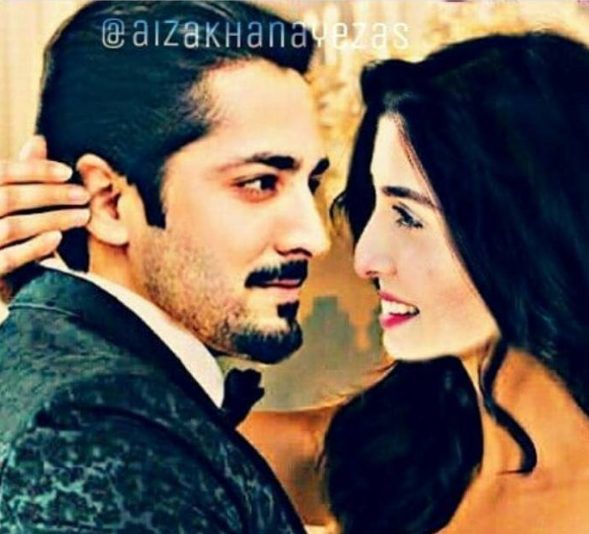 The fan went on state that Ayeza and her husband Danish Taimoor's new born baby boy Rayyan was not their biological child, but had been adopted. 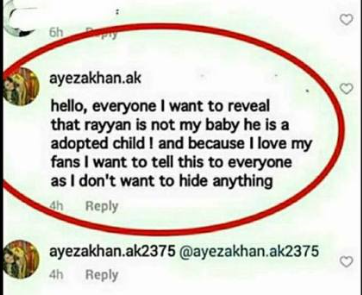 Soon after, Ayeza took notice of the the whole issue and posted a statement on her official social media account. 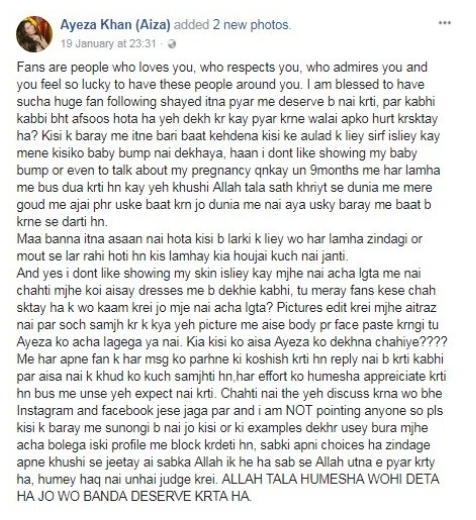 It is an unacceptable behaviour through which people start believing that a celebrity's personal life is their own and that they can do whatever they want with it. What do you think? Please let us know!