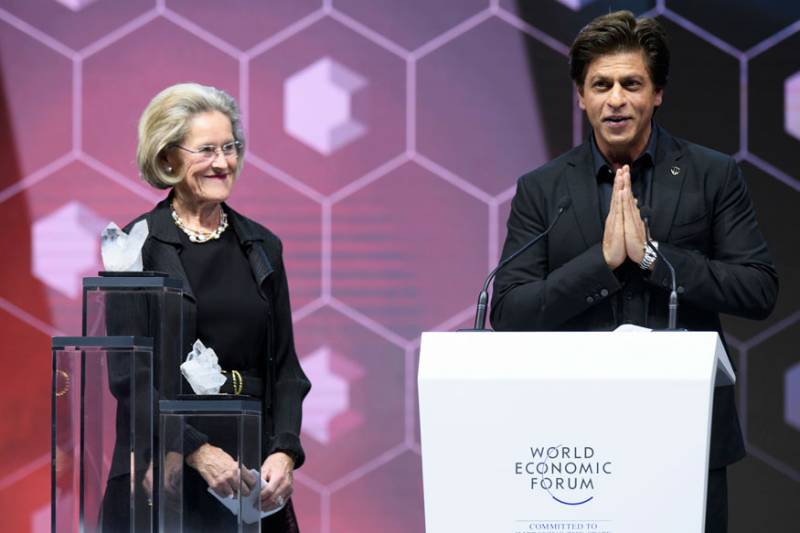 Shah Rukh was given a Crystal Award by the Schwab Foundation for Social Entrepreneurship as he is a founder of the non-profit Meer Foundation, which provides support to female victims of acid attacks and major burn injuries through medical treatment, legal aid, vocational training, rehabilitation and livelihood support. 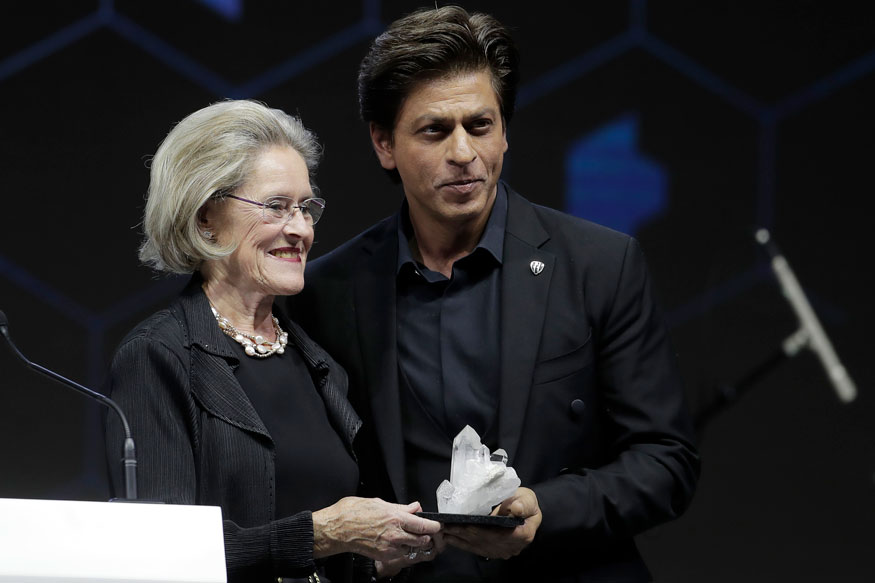 Talking about receiving the honour, SRK said, "We, the powerful, need to get out of the way, to pick the barriers apart, the ones that give us names and races and colours and hierarchies," he said at the ceremony.

"That is what I have learned from my beautifully scarred women," he added, referring to the acid victims.

And while in Switzerland, King Khan did not miss an opportunity to enjoy the cold and the snow in Davos.

The Crystal Award is given by the WEF to artists who make a positive change in society.