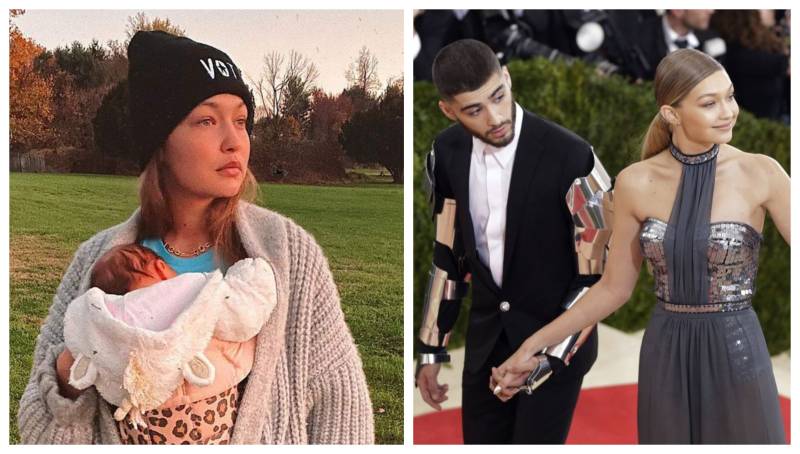 While hilarious internet's suggestions were pouring every day assisting the celebrity couple to pick up a name, the new parents went with their own choice. The 25-year-old model made the revelation by adding 'Khai's mom' to her Instagram handle's bio.

Speculations are being made about the meaning of Khai, which means 'crowned' in Arabic. Zayn is of British-Pakistani origin, while Gigi's father Mohamed Hadid is from Palestine.

"Our baby girl is here, healthy and beautiful. To try put into words how I am feeling right now would be an impossible task," Zayn had written. "The love I feel for this tiny human is beyond my understanding. Grateful to know her, proud to call her mine, and thankful for the life we will have together."

Malik and Hadid welcomed their first child in September last year. Rumour has it that the much-adored couple might have a possible engagement on cards.

Gigi Hadid and Zayn Malik had a special Halloween this year as they celebrated with their newborn ...