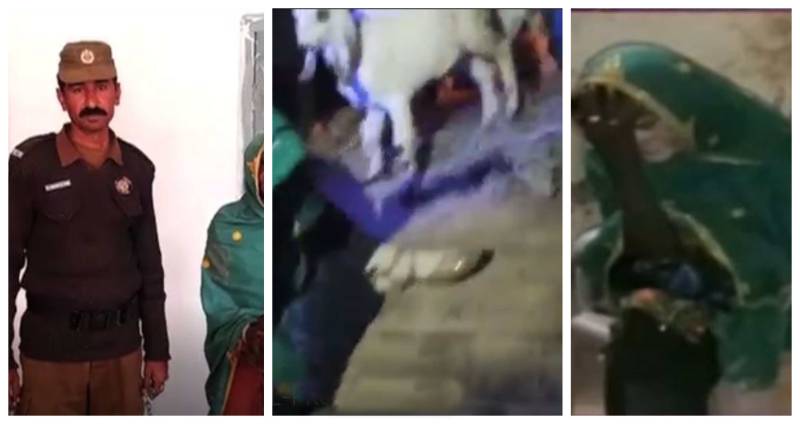 BAHAWALPUR – People in Khanpur finally get rid of a Churail who had become terrifying for them to leave their houses at night after stealing their cattle for months.

The residents of Ghareebabad said they used to hear strange voices at night and some people even saw an evil-looking creature.

Due to the fear of the Churail, the locals hardly left their premises after dusk. They also complained about the missing goats.

The residents were intensely terrified until Friday night when a group of young men decided to solve the mystery on their own.

The group in the village spotted a man walking away with the goats. They chased him and caught him.

"We thought it was a woman stealing our cattle but it turned out that a man in a wig," a local told the media.

The man, who pretends to be a Churail, has been identified as Imran, a resident of the Jatki village. Soon after being nabbed by locals, he was taken to a police station where an FIR was registered against him.

PESHAWAR – Police have arrested a young man for creating panic among children and women on New Year’s Eve ...