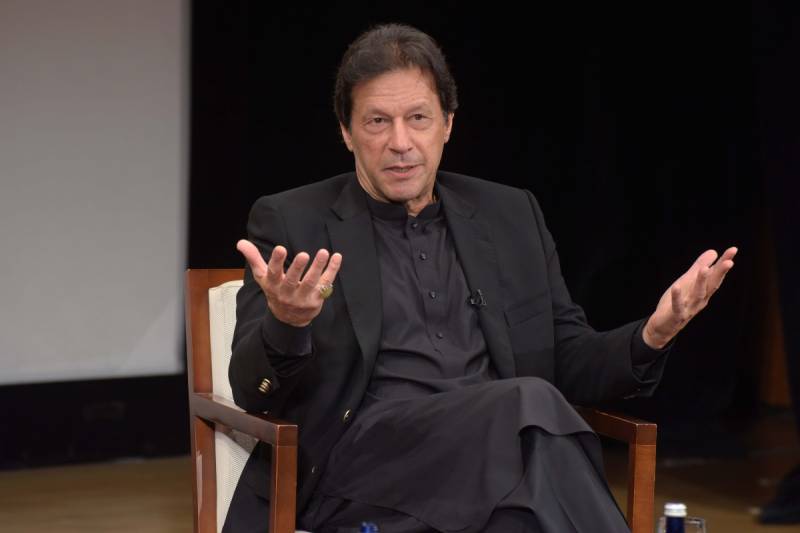 ISLAMABAD – Prime Minister Imran Khan said on Sunday that rising inflation is the biggest challenge for his government and shared that he was unable to sleep at night while worrying about it.

The premier highlighted that the global inflation and price hike of commodities triggered by acute disruption in the supply and demand chain, due to coronavirus pandemic, had affected all the countries of the world including Pakistan.

The premier stated during a fifth session of “Aap Ka Wazir Azam Aap Key Sath’ programme where he received direct calls from the public.

When a woman caller asked the prime minister that since inflation has surged manifold ‘now should we be worried a bit’?

The premier replied that he too was worried about inflation, revealing that he was also suffering sleepless nights while thinking about it.

But he said that the economy of Pakistan was on the right track as it has been acknowledged by leading international research magazines. He added that the government was making efforts to improve the situation.

The prime minister said that the post-Covid scenario pushed the prices of vital commodities upward and Pakistan was not the only country in the world to face an imported global price hike.

He said the government will take measures to provide relief to the salaried class as it was the only one bearing the brunt of record inflation.

He reiterated that the fight of the PTI government was against mafias and “some elements” in the media who are supporting these mafias.

The premier also criticised the media, saying it was the right of the media to make criticism but it should avoid spreading “propaganda and fake news”.

During the session, Imran Khan ruled out any deal with “corrupt opposition leaders” adding that it would be treason if NRO is given to them.

The premier also warned the opposition that he will be more dangerous for them if ousted from power because till now he is only observing their stunts from his office.

“You will not find a place to hide if I take to the streets…I will just need to motivate people and others will be fleeing London to join the ones who already are there,” the premier said while hinting toward PML-N supremo Nawaz Sharif.

Khan regularly speaks at public gatherings and addresses the nation through television briefings, however, his one-on-one interactions with citizens or open press conferences are occasional.

During his inaugural speech in the parliament as the head of the government, Khan promised to answer the questions of his fellow lawmakers twice a month in a session dubbed as Prime Minister’s Question Hour.