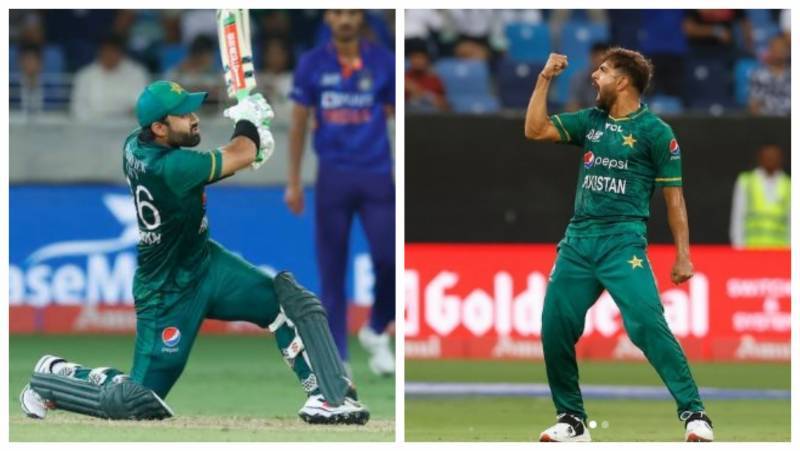 DUBAI – The International Cricket Council (ICC) on Monday named Pakistan’s Haris Rauf and Mohammad Rizwan to its Men’s T20I Team of The Year 2022.

The ICC announced the Team of the Year recognises 11 outstanding individuals who have impressed one and all – be it with the bat, the ball or their all-round exploits in a calendar year.

With Rizwan and Rauf at the helm, Pakistan made the finals of the 2022 Asia Cup and the T20 World Cup 2022 in Australia, falling agonisingly close in both the contests.

Is your favourite player in the XI? #ICCAwards 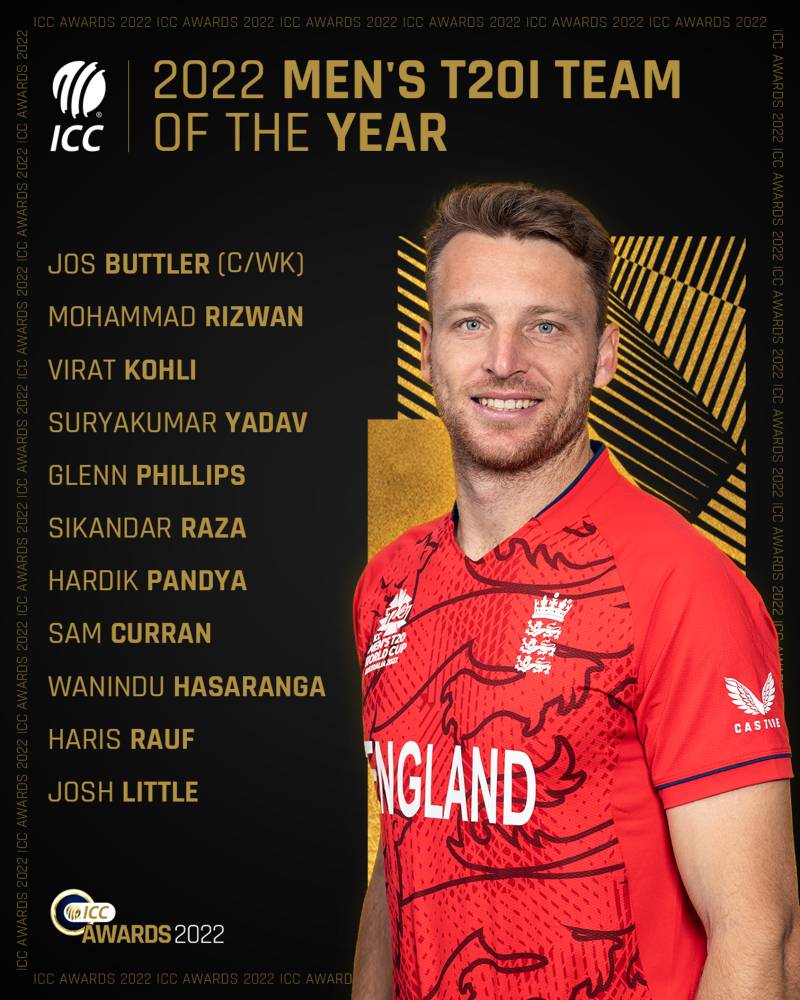 Mohammad Rizwan continued his form from 2021 into 2022, amassing 996 runs in the year, second only to India dynamo Suryakumar Yadav on the list for most Men's T20I runs, said ICC in a press release.

Rizwan smashed 10 half-centuries for the year in the shortest format and finished as the joint-highest scorer for Pakistan at the T20 World Cup with 175 runs. Enhancing his reputation as a high-quality anchor at the top, Rizwan holds on to the opening slot alongside Buttler in the ICC T20I Team of the Year for the second year in a row.

Pakistan enjoyed a great 2022 as a team – making it to the final of the Asia Cup and later the semi-final of the T20 World Cup – and Haris Rauf was a crucial figure in both of those campaigns. In the calendar year, no Pakistan bowler picked up more wickets than the right-armer (31).

Rauf impressed everybody with his raw pace and often left batters clueless. In the absence of Shaheen Afridi during the latter half of the year, Pakistan relied heavily on Rauf to lead the bowling attack.

In the Asia Cup, he was the joint second-highest wicket-taker with eight wickets. Later in the T20 World Cup, Rauf scalped two crucial wickets in the final, including that of Jos Buttler, to give Pakistan a chance but England eventually prevailed.