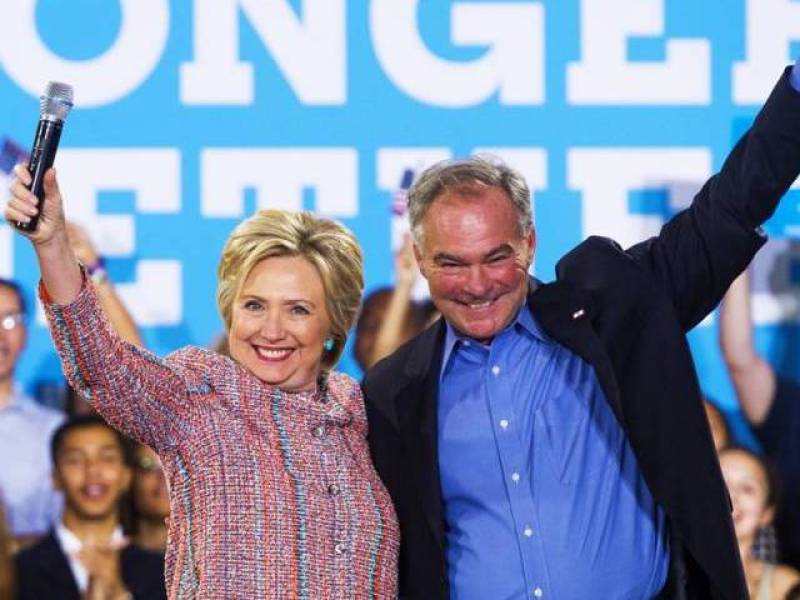 The pick comes three days before the start of the Democratic National Convention in Philadelphia, where Clinton — and now Kaine — will be elevated as the nominees to the party’s presidential ticket.

On Twitter, Clinton described Kaine as "a man who's devoted his life to fighting for others".

I'm thrilled to announce my running mate, @TimKaine, a man who's devoted his life to fighting for others. -H pic.twitter.com/lTVyfztE5Z

Kaine speaks fluent Spanish and could help the Clinton campaign maintain its support among Hispanic Americans - a ever-growing voting bloc in the country.

An experienced politician who has been toughly vetted, he is considered a "safe" choice for the vice-president slot. He personally opposes abortion but supports abortion rights.

“Just got off the phone with Hillary. I’m honored to be her running mate. Can’t wait to hit the trail tomorrow in Miami!” Kaine tweeted.

Just got off the phone with Hillary. I’m honored to be her running mate. Can’t wait to hit the trail tomorrow in Miami!

Also on the short list were Agriculture Secretary Tom Vilsack, who has been friends with the Clinton's for decades and is from another key battleground state, Pennsylvania; and Labor Secretary Thomas Perez, a Latino seen as a true liberal.

Hillary Clinton is known for her daring choices. She has also considered Thomas E. Perez, the secretary of labor, who would have been the first Hispanic on a major party ticket; Senator Cory Booker of New Jersey, who would have been the first African-American to seek the vice presidency; and James G. Stavridis, a retired four-star Navy admiral who served as the supreme allied commander at NATO but had never held elected office.