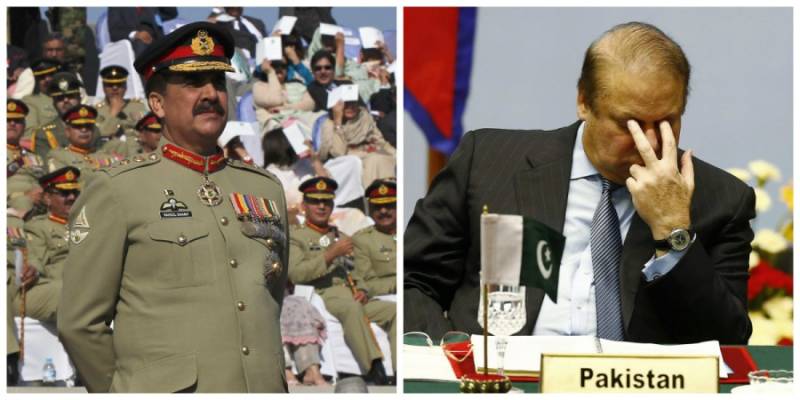 ISLAMABAD - A picture tweeted by Prime Minister Nawaz Sharif's daughter, Maryam Nawaz, may have revealed a lot more about the premier's relationship with the army than both father and daughter had intended.

The picture of Nawaz Sharif on an official flight from Lahore to Islamabad clearly shows the Prime Minister giving serious consideration to a file clearly marked with the logo of the General Headquarters (GHQ). 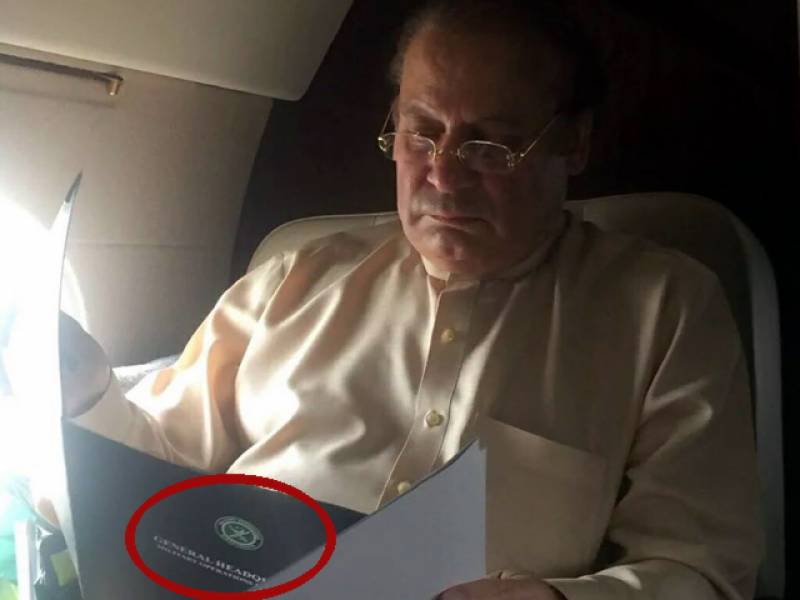 The GHQ is the strategic and operational command center of the Pakistan Army, an institution which technically falls under the Nawaz-led government, but which, in actuality, is a largely independent player in the Pakistani administration.

Since the Nawaz Sharif government came into power, the military establishment and the civilian government have maintained a tenuous relationship based on equal parts cooperation and competition.

Very early into its tenure, the current government found itself at loggerheads with the military establishment on key national issues, including the ongoing treason trial of former President and military dictator General (Retd.) Pervez Musharraf and Nawaz Sharif's friendly overtures towards Pakistan's neighbour and regional rival, India.

More than halfway into the tenure of the current government, relations between the civilian government and the military are still strained, according to civil-military observers.

The military has privately expressed dissatisfaction at certain policies and decisions of the civilian government, according to well-placed sources, especially in relation to the government's handling of the China Pakistan Economic Corridor project and its choice for the next Army Chief.

Throughout all this speculation, the civilian government has persistently maintained that it is on the same page with the military establishment and has led the way forward on all key national issues.

However, the picture of Nawaz Sharif pensively perusing through a GHQ file goes against the government's claims that all is as it should be between the civilian and military establishments.