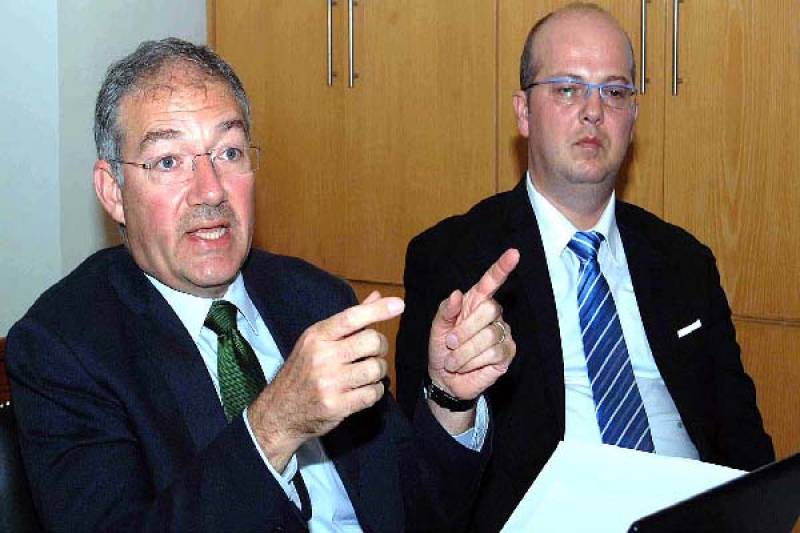 ISLAMABAD - Describing the foiled coup as a bid by ‘terrorist soldiers’ to topple the constitutional government, the Turkish Ambassador to Islamabad, Sadik Babur Girgin, on Friday said that his country would honour all its international commitments, including those it has made to Pakistan.

Talking to Pakistani newsmen, the ambassador said that the coup was a ‘terrorist campaign’ initiated by one 1 per cent of the Army and was not backed by the Turkish Armed Forces as an institution. He explained this was why he referred to the coup-plotters as terrorists.

“We have solid proof that this coup attempt has been staged by Gulen supporters who had penetrated the Army and civil bureaucracy”, he added.

When asked about Turkish President Recep Tayyip Erdogan’s request of extraditing Fethullah Gulen now living in the U.S., he referred to the statement by the American Vice President Joe Biden that Washington would do what was necessary if it was given the evidence of Gulen’s involvement in the coup.

“The terrorist will be punished strictly in accordance with the law,” he said.

All political parties within and outside Parliament stood against this adventurism, the envoy said. He added that, so far, 7,423 plotters had been detained to stand a fair trial.

Similarly, some elements with links to the Fethullah Gulen group in educational institutions, judiciary and bureaucracy have been suspended to be tried under the law, he explained.

Questioned about the presence of Fethullah Gulen’s organization in Pakistan, he said Turkey and Pakistan were “in very close contact in all aspects including this aspect,” but did not elaborate further.

He told a questioner that until now no final decision had been taken to introduce death penalty in Pakistan, even though this was demanded by the people who saw a very tiny number of soldiers firing at parliament and on their own people using hijacked helicopters and F-16 jets during the 6-hour long failed coup.

He expressed his disappointment on the coverage made by western media about the coup attempt. The Ambassador was also complaining about the initial reaction of some countries, which claimed to be democratic nations. He said that Pakistan's reaction was immediate and positive after the botched coup.

Answering another question, he dismissed reports that the media had been gagged in Turkey as there was a very strong opposition media. However, if journalists were involved in illegal activities, they would be tried under the law of the land, he said.

Moreover, the president has the constitutional and legal protection regarding no to be ridiculed by media, he added.