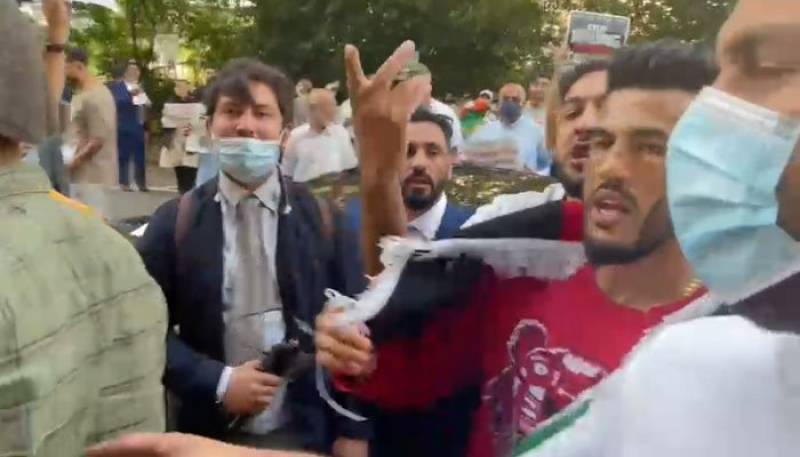 ISLAMABAD – A violent group of Afghan demonstrators attacked the office of Pakistan High Commission in London, it emerged on Friday.

The Afghan nationals not only created ruckus outside the high commission but also roughed up the visitors.

Reports said that they also assaulted a reporter and cameraman of a Pakistan-based news channel.

As the situation intensified, the British police reached the spot and disperse the demonstrators.

This is not the first time that Afghan citizens have attacked the building as they had also conducted the same activity in May this year.

At the time, the protesters had pelted the building with stones and water bottles in the police presence.

A protest was simultaneously held outside the Qatari embassy in London against Qatar’s involvement in the ongoing Afghan peace process but the protest there remained peaceful.

London police said that the Pakistan High Commission’s concerns related to an attack on its building by a group ...