Traffic warden beaten up by woman in Lahore 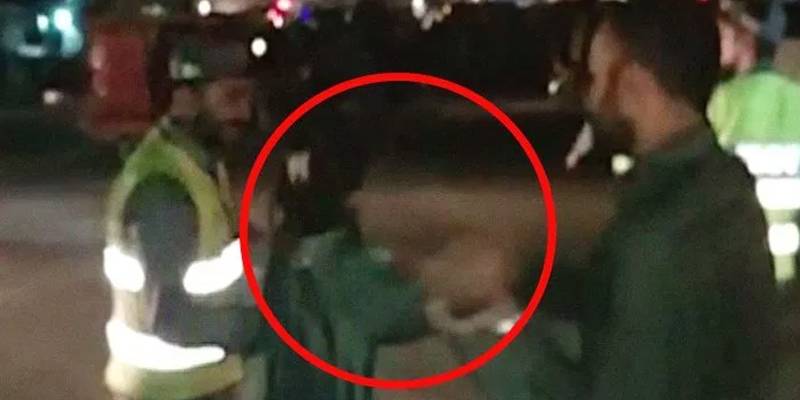 LAHORE - A woman belonging to Punjab's capital city lost her cool on Friday and beat up a traffic official publicaly after he allegedly requested her mobile number.

According to the woman, the warden in question asked for her mobile number, riling her who not only refused the request but also misbehaved and turned violent.

The fellow wardens tried to pacify the furious mid-aged woman, a video of which was also uploaded on the social media. Chief Traffic Officer has taken notice of this incident and an inquiry has been launched to verify the claims of the woman.