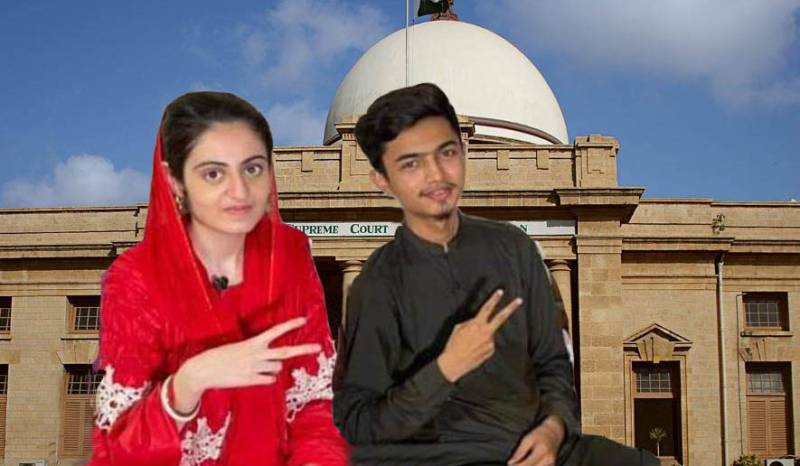 KARACHI – The Supreme Court's Karachi registry has disposed of a petition filed by the father of Dua Zehra, who moved the top court against the ruling of the Sindh High Court.

Reports in local media said a three-judge bench of the apex court heard the petition and ruled that the case did not fall in the purview of their jurisdiction.

During the hearing, Mehdi Kazmi’s counsel, Jibran Nasir, told the court that the medical examination had been completed.

The court remarked that the kidnapping case cannot be made as Dua had agreed to appear in court and give statements of her own will.

The court sympathized with Mr. Kazmi, however, the bench upheld that false accusations cannot be made regarding coercion and kidnapping.

Justice Mazhar mentioned that only a woman can challenge the status of her marriage as per the law while Justice Akhtar remarked that the petitioner could file a guardian's case in the sessions court.

The court told the counsel to read the Marriage Act, as only a girl can challenge her marriage or file a case of harassment and kidnapping. It also remarked that if the marriage takes place under the age of 16, the nikkah remains valid.

Last week, Dua Zehra’s father filed a plea in the top court against the verdict of the Sindh High Court that allowed the girl to stay as per his choice.

LAHORE – Dua Zehra, the teen who first went missing from her Karachi residence in mid-April and was later found ...

Dua earlier mentioned that she tied the knot with Zaheer of her own free will, adding that no one kidnapped her.

KARACHI – The top court in Pakistan’s southeastern region ruled that Dua Zehra – the girl who was ...