Dua Zehra is free to go wherever she wants, SHC rules 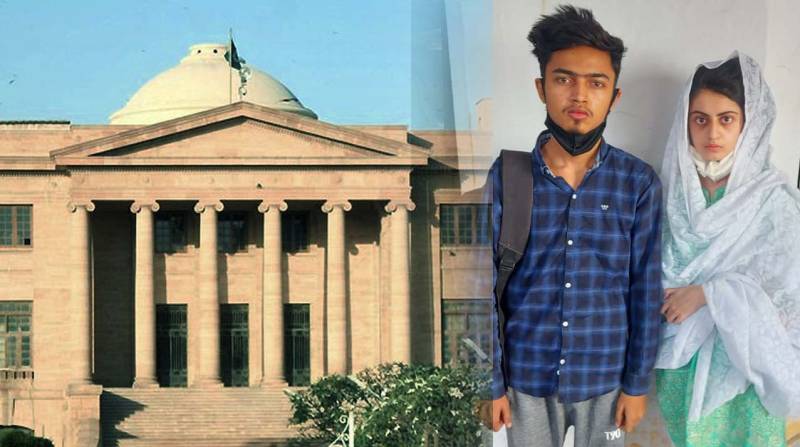 KARACHI – The top court in Pakistan’s southeastern region ruled that Dua Zehra – the girl who was recovered from Bahawalnagar last week – was free to go wherever she wants.

In a three-page written order, the Sindh High Court maintained that the girl could stay according to her will. “She is completely free,” the court remarked ad Dua and her husband Zaheer Ahmed appeared before the court today.

The court dismissed a case of kidnapping, saying the light of evidence does not warrant it. The court directed the concerned officials to submit a supplementary challan of the case before the court.

The SHC also sought from the investigation officer a medical certificate and statement recorded in the Sindh High Court regarding Dua’s age.

Court also instructed the trial court to continue proceedings in this matter, saying it was the discretion of the Sindh government to present Dua in the Lahore High Court.

Previously, the court had ordered the medical test of Dua Zehra to determine her age and the medico-legal report was presented which suggested that the girl is around 17 years old.

During today's hearing, the law enforcers barred the distressed family from interacting her as they get emotional after watching her on court premises. Dua Zehra’s mother reportedly got fainted in the courtroom.

The development comes months after Dua’s parents filed a case alleging that their underage daughter was kidnapped.

Dua Zehra: Karachi missing girl turns out to be minor after medical tests

Later, the missing girl surfaced as she contracted marriage with Zaheer Ahmed. Earlier, a Lahore court also allowed her to go wherever she wanted however, Dua's family claimed that their daughter was abducted and brainwashed.