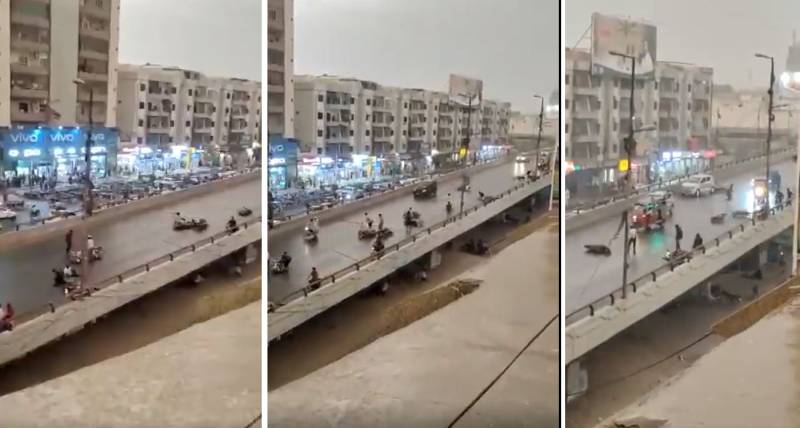 Scores of bikers fell like flies on the roads in the country’s seaside metropolis after heavy rains battered Karachi on Wednesday.

Rain showers mixed with the oil on the city roads caused dozens of vehicles to skid, several leading to accidents.

In one of the viral clips, dozens of commuters were spotted skidding on a bridge while many citizens reportedly suffered injuries.

Besides the road accidents, at least five people, including three children, were killed as walls collapsed due to heavy downpours in different parts of Karachi.

Several areas in the city were plunged into the darkness due to prolonged power outages soon after it started raining.