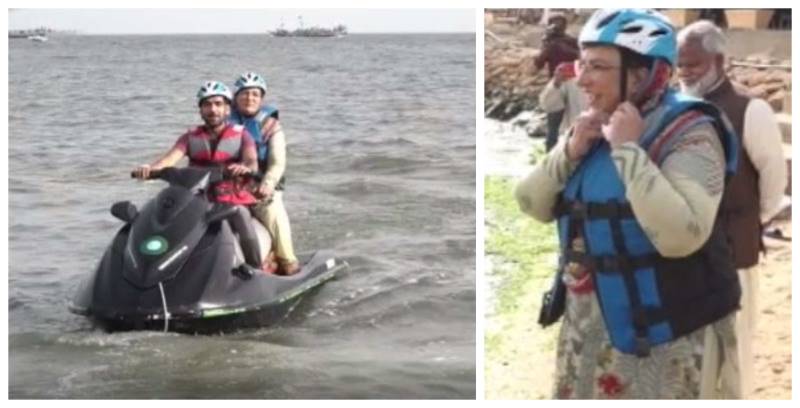 KARACHI – Special Assistant to Punjab Chief Minister (SACM) Firdous Ashiq Awan has never failed to amuse her followers and this time she went for a Jet Ski ride in the Sindh capital.

After showing her martial arts and motor riding skills, Awan this time chose a speedboat during her personal vacation.

During her brief trip in the southeast province, Awan first took a boat ride and was later spotted on the pillion seat of a jet ski. The 51-year-old PTI leader has filmed boating with the morning show host Muhammad Shoaib.

Wearing a life jacket and a safety helmet, the ruling party leader also takes a jibe at the PDM, an 11 party opposition alliance, amid the sea as the watercraft stopped after getting out of fuel. She mimicked the moment by saying ‘the boat is in a similar state as PDM is.’

When asked about the different ventures she is famous for, Awan responded taking risks is my art, and being successful at them is my passion.