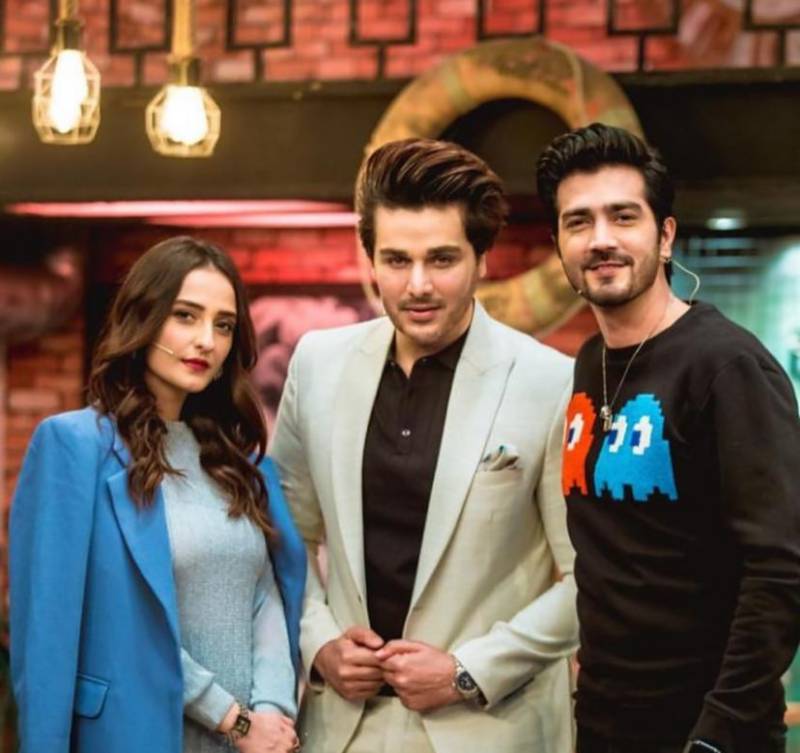 Pakistani actress Momal Sheikh shares a great bond with her brother Shehzad Sheikh. From time to time, the siblings have been together in pictures and this time around the pair was spotted dancing together.

Being children of the legendary star Javed Sheikh, the two have always been in the limelight but still struggled a lot to mark their names in the industry.

Recently, the sibling duo was invited to the show “Time Out With Ahsan Khan”. In a fun segment, the two danced away on an old classic Lollywood number and their dance moves were spectacular.

A post shared by Time Out with Ahsan khan (@timeoutwithahsankhanofficial)

Reminiscing about her childhood, the Mushq star cheekily said that she is her father favourite child “I wonder why this question even came up about who our father’s favourite child is. It’s without a doubt me, because he also considers my birth year as lucky since he bagged at least 13 films during that time,” she said.

Disclosing her three wishes, Momal said “Everyone person has a bucket full of wishes, For me personally, the first one would be dancing in a movie because I can groove quite easily. Secondly, dancing along with you (Ahsan) in any upcoming award show and lastly, to host a show of my own.”

Congratulations are in order for actor Momal Sheikh as she welcomed her baby girl on Monday. The model announced the ...