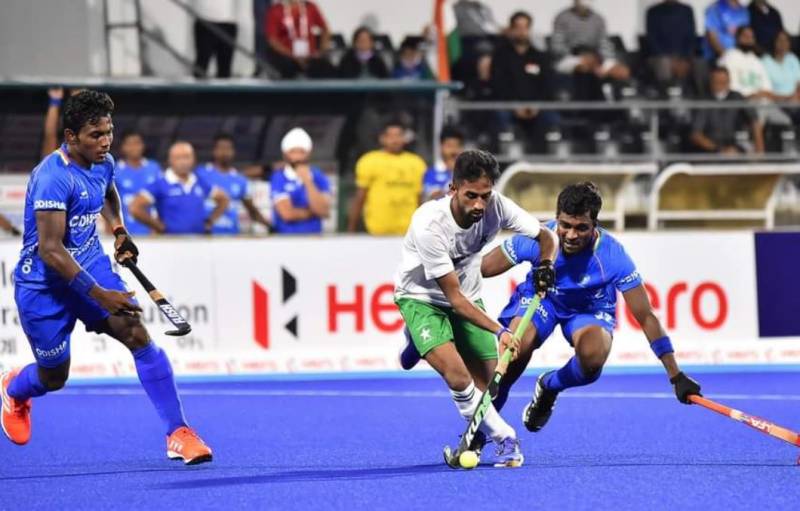 JAKARTA – Rana Abdul Waheed and Selvam Karthi scored a goal each as arch-rivals nations settled for a draw in the Asia cup game in the Indonesian capital.

The first quarter of the much-anticipated game of the Asia Cup was thrilling. Both sides got penalty corners but neither team could score a goal initially.

As expected, a nail biter. #TeamPakistan scored the only goal vs #TeamIndia in the final moments of the match. Thus, result in 1-1 draw. The hope for the World Cup are still alive. Good Luck Pakistan.#AsiaCup2022 #PakistanHockey #pakvsindia pic.twitter.com/2tJ781P2kv

Team Green started the second half by playing an aggressive game. They created three to four chances in the third quarter, but none of them were converted by the forward.

Pakistan however managed to make the most of the last penalty corner with Waheed netting the ball, dodging the goalkeeper closely. The goal helped the Pakistani side to stand against the archrival after they had a tough time on the field throughout.

Pakistani players missed four straight chances to shatter their confidence as defending champions stand firm. The last quarter was thrilling as both sides continued with a series of attacks.

Green shirts will now face off against Indonesia on May 24 followed by their match against Japan on May 26.

Both India and Pakistan have won the tournament three times each, while South Korea is the most successful team having clinched the title four times out of 10 previous editions.

Today's game was the 11th edition of the Men’s Asia Cup. First time, the competition was held back in 1982, when Pakistan won the first of three consecutive gold medals.

Team Pakistan will be led by Umar Bhatta whereas Ali Shan will be the vice-captain.

KARACHI – Pakistan defeated Spain by 4-1 in fourth hockey match of their Europe tour on Tuesday. Men in Green ...