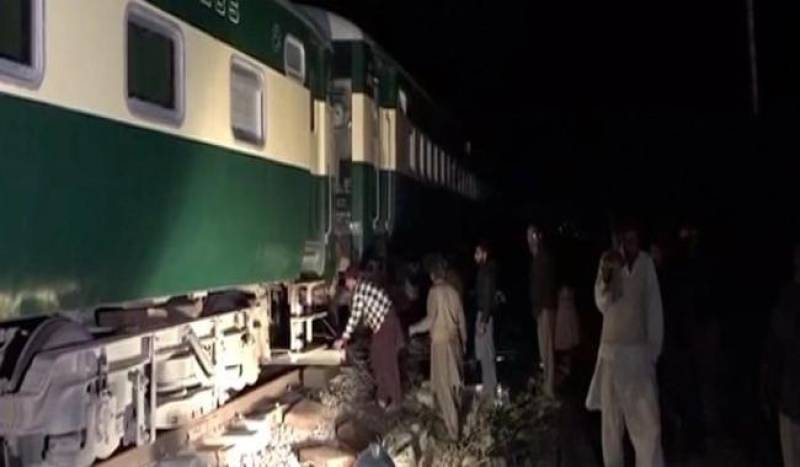 The incident occurred in Kaliam Awan area but fortunately no loss of life was reported. The train was heading to Lahore.

Authorities are working to repair the railway track and restore the suspended traffic at the earliest.

All the passengers of Rawal Express remained unhurt and were shifted to buses and coaches for their destinations.

Pakistan Railways is passing through tough time now a days. Earlier this month, as many as 22 people, including seven women and two children, were killed and over 65 injured, when speeding Zakaria Express rammed into the stationary Fareed Express in Qadafi Town near the Landhi train station Karachi.

Moreover, a passenger train engine also derailed near Khanewal although no one was hurt in the incident. In October at least 4 people were left dead while 19 others were left severely wounded when a freight train collided with a passenger bus near Lunda Phatak in Pattoki.

Train accidents are common throughout the world but Pakistan Railways is witnessing such incidents in a burgeoning number.