Exciting: Junoon all set for comeback with Bulleya jamming session 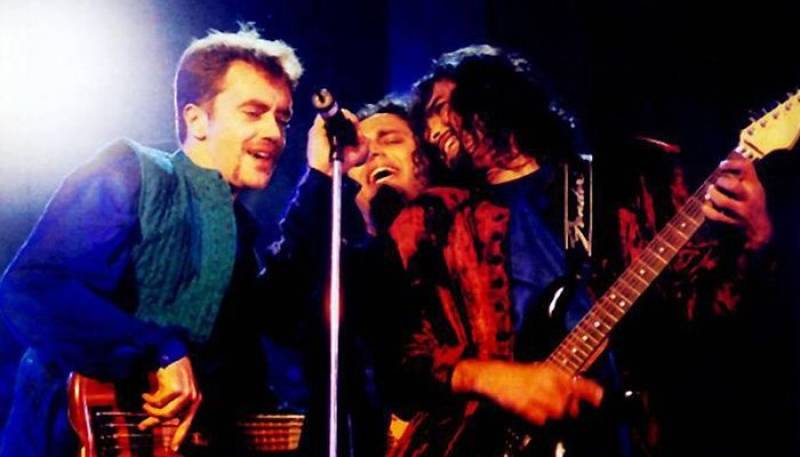 KARACHI -  Junoon is one of Pakistan's iconic rock bands active from 1990 to 2005. Recently, the lead guitarist Salman Ahmed shared a video of him and Ali Azmat casually lounging and having a jamming session.

The band was seen practicing the song Bulleya, one of their most famous songs. Ahmed shared the video on Twitter stating “Junoon is coming soon”.

Salman Ahmad also replied warmly to a fan saying “See you soon” when she recalled about attending the last Junoon concert in 2005.

He also shared a picture with Junoon's sensational vocalist Azmat and captioned it “Yaro yehi dosti hai”, the lyrics of Junoon’s popular track.

The first Junoon concert will take place on December 25 at the Arabian Sea Country club. The tickets are priced between Rs 3000 and 7000 and will go on sale soon.

As a buildup to the Junoon reunion concert, 200 different musicians of Pakistan are coming together to sing a rendition of Jazba Junoon, which is being produced by the Islamabad-based Sarmad Ghafoor.

The second concert is supposed to take place in Dubai in January and after that, the band might consider performing more shows with a number of organizers already showing interest in a reunion tour.

With successful albums, international tours and awards, the band have won people’s hearts.

Junoon's band are cheering since their reunion news was being published by media. The trio released a music video in August of one of their popular songs Khudi from their popular album Azadi. It was originally written by philosopher and poet Allama Iqbal.

Below is the video of one of super-hit song by Junoon: