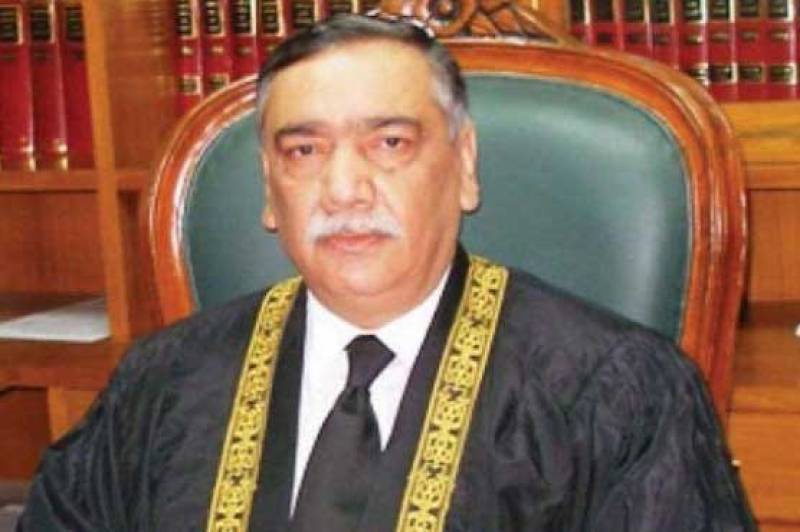 LAHORE – Chief Justice of Pakistan Asif Saeed Khan Khosa said on Saturday that if the rulers did their jobs right then there will be no need for courts to intervene in the matters of the government.

The top judge of the country stated this while addressing a ceremony after he chaired a meeting on police reforms.

"Whenever a matter captures the public's attention, people expect a suo motu," he said. "If the government institution is working actively then the court does not need to take action."

Approaching the Supreme Court should be the final resort for people seeking justice, he said, besides stressing that the dispensation of justice must take place much earlier in the legal system.

If the top court starts intervening in matters of the government from day one then it creates troubles, he said.

He emphasised on ensuring dignity to those who seek justice from the courts, adding,"One should maintain the dignity of a police official or any other person who appears before the court," Geo News reported.

Earlier, the chief justice chaired the session of Police Reforms Committee (PRC), set up in January to table recommendations to impove policing system in Pakistan, to examine development in the department.

The session was attended by inspector generals of four provinces, Gilgit Baltistan and Islamabad.

CJP Khosa ordered to ensure timely registration of cases and said that the quality of investigation should be improved.