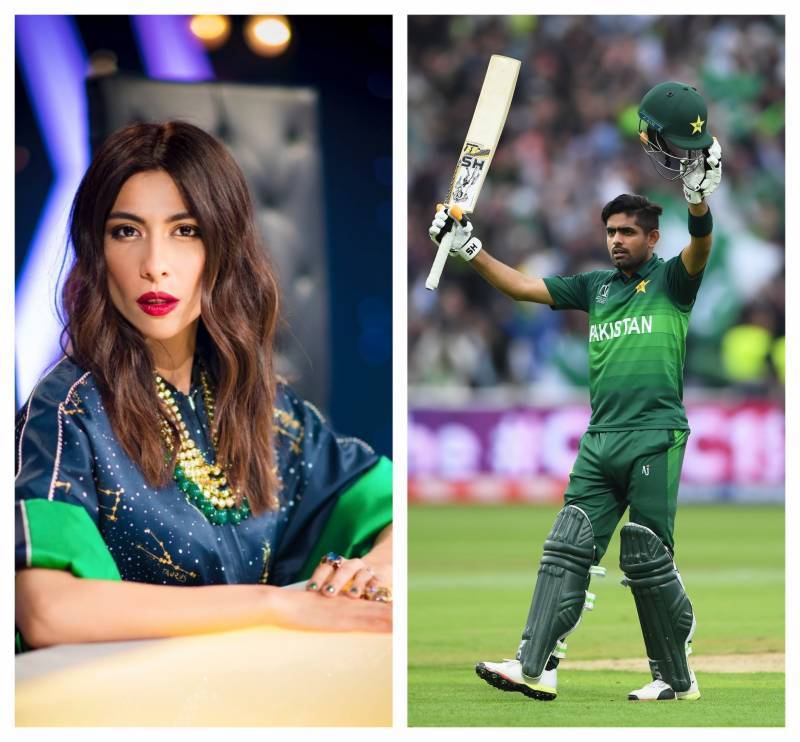 “I always stick to the television when he is batting, and when he gets out, I switch my television off. I would love to date him anytime. I just love him,” read a post on a fan page of the cricketer. The post, filled with Shafi’s alleged affection towards the Karachi Kings star batsman, later turned out to be fake.

The 38-year-old singer, however, took to Instagram to reject the claim. “I have no idea who this is and why it exists. It makes zero sense, 100% concocted out of thin air,” she wrote on an Instagram story.

The Aaya Lariye singer then went on to tag Instagram Official, asking the Facebook-owned social media platform to take the fake post down. “This quote is fabricated. @instagram, kindly remove this post. Thank you.”

Earlier in October, Meesha Shafi’s sexual harassment allegations against Ali Zafar had stirred a storm in the entertainment industry. Shafi and eight others were booked over by Federal Investigation Agency (FIA) for publicly defaming the Rockstar singer.